on August 26, 2011
Developed by Acquire, Shinobido 2 was one of the first PSV games we saw in action, and its clearly pretty near done as Namco Europe has confirmed the game will be ready for the euro launch, whenever that may be. 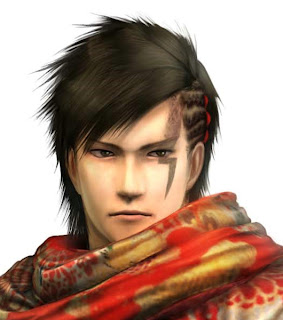 From the press release (since its late on a Friday and the pub beckons):

The sequel to the widely acclaimed Shinobido: Way of the Ninja,  Shinobido 2: Tales of the Ninja raises the bar with even more stylish ninja action, new gameplay features, intuitive touch controls and a thrilling dynamic storyline.  Players will scale sheer walls, leap across roof tops, sneak up silently on their prey, and expertly dispatch enemy after enemy with their razor-sharp blade.
Set six months after the events of the previous game, Shinobido 2: Tales of the Ninja sees the once peaceful region of Utakata in the grip of a vicious civil war. Players will step into the shoes of Zen, betrayed by his companions and left fatally wounded. Narrowly escaping death, Zen chooses to live the life of a ninja and sets out to find those who wronged him, stopping at nothing to unleash the full fury of his silent yet deadly revenge.
New gameplay features include Assassination, which lets players make silent and satisfying kills more easily. Throughout the game, players will hone their skills to execute numerous different attacks and finish their enemies in elegant style, while the game controls will make full and intuitive use of the touch screen capabilities of PlayStation®Vita.