on January 27, 2011
Right, think I've got most of the NGP stuff out the way in my other post. So, on to Sony's other big news, a new PlayStation Suite store with massive availablity of PSOne-era and (hopefully) PSP games for Android phones. This opens up a lot of games to a whole new market (notably those who grew up with PSOne but gave up gaming as they 'grew up'). 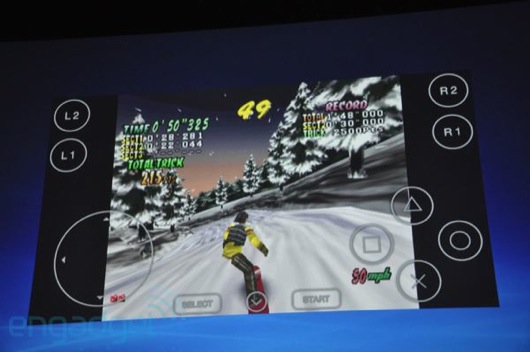 Using virtual buttons, it looks like most simple games will play okay, but its going to get kind of busy with button-heavy games. So, Sony is now offering:


That pretty much covers the market and the in-effect "free money" it gets from flogging old PSOne games will help keep prices down on the NGP, possibly. Of course, there are the old licensing issues that keep lots of games out of particular territories, but hopefully Sony's army of lawyers have been earning their keep on that one.
mmo psp ngp playstation suite psp phone