Vita card prices are still an outrage even as the system's production life comes to an end, which means they will also only get more expensive as they become rarer. With no low-cost third party options to take the sting out. However, for every new Vita sold and every gamer getting a second or third memory card, they remind Sony the fans are still out here.

Note to clear out some space on your memory card, rather than just randomly deleting games. Go to Content Manager, Manage Content on Memory Card and you under Vita applications there could be Gigs of downloads for old games or content you no longer play. Make sure you backup any save games to the cloud (if you have PS+). 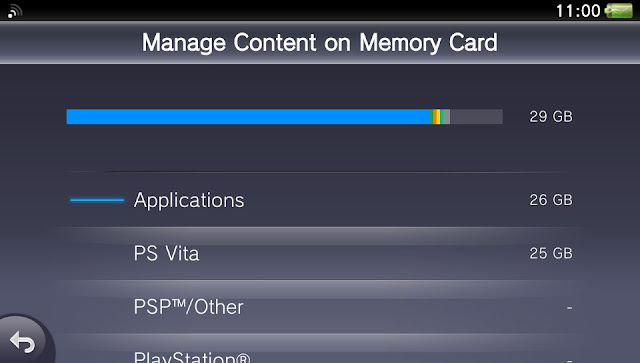 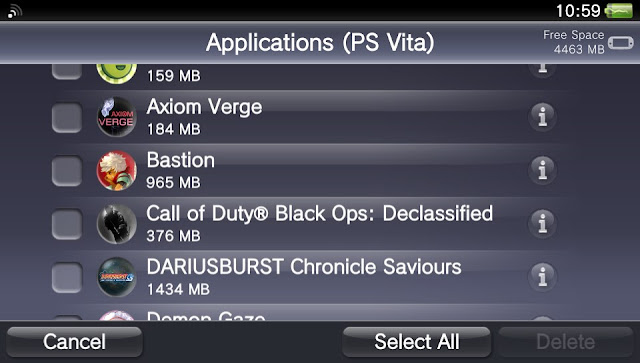 Gamers have various problems with Vita memory cards, some can be solved be removing and reinserting. Others like PS Vita error "C1-11834-7" are often an easy fix, while error C4-10278-8 looks like you may need a new card!

Here are the current prices around the net. If you see a bargain on a particular site, do comment. Remember 4GB cards aren't worth owning, unless you can get one free. While 64GB cards all ship from Japan as they were never released in the west, compounding the ignominy of owning a Vita. They also seem to have a statistically higher failure rate, so sticking with a 32 is likely the best option.

NOTE THAT STOCK COMES AND GOES (mostly going now). Check out eBay but beware of stupid prices like £70 for 16GB, things aren't that mad yet. Also, second hand stores for possibly better bargains, but as the Vita becomes a collector's item, there is no time like now to get one.

On Amazon for the US:

And Amazon in the UK: