on December 06, 2019
A big thanks to Yacht Club Games, bringing a final update to Shovel Knight next week in the form of King of Cards. They have a blog post about the King Knight's Map and its history with and inspiration from old school Mario and the many secrets.


"Of course, King of Cards’ secret exits aren’t only in service of the world map! Most of the game is about bashing and spinning your way gloriously through stages. We solved secret exits on the map, but how would we introduce the concept of secret exits in a stage? In other Shovel Knight games, we were used to having one main path. We may have had small asides and secret rooms, but never an entirely new stage branch with its own exit!"

The original game hit the Vita in 2015, and such great support by the developer should be an example to other indie teams, whatever title or platform. 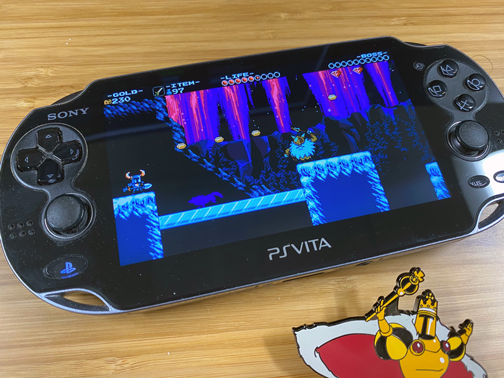