Nintendo confirms Sony was right with the Switch Lite

on July 10, 2019
In a totally unsurprising move, Nintendo has revealed the Switch Lite (aka the Vita 2), releasing in September at $199 and looking remarkably like Sony's humble handheld. Like the Vita there will be no TV-out and unlike the original Switch, it won't connect to a base unit for big-screen play, so this is basically the Vita with some modern processors and a not much better 720p 5.5" screen, unless they've sneaked an OLED in.

The biggest plus is the 32GB of built-in storage, plus expandability, so none of that Sony memory card stupidity! Here's the typically horrendous lifestyle video, no fat people in pants, no 3AM binge gaming, at least bookended by the more usual Nintendo intro and features guides.

Unlike the Vita, the Switch lite will have 2,000 games at launch, and come in pretty colours in the west - tempted by turquoise! Millions of Switch users looking for a better on-the-go unit, hopefully with better controls and feel, are probably pre-ordering right now.

Some early comments are hating on the no-TV angle, but Nintendo knows its market and this gives it a couple of years more bumper sales in Japan certainly, and probably pretty good in the west, until the Switch 2/Pro hits in 2020/21 (guessing)! Other comments are "oh, its a Vita!" which is amazing since apparently no one knew what a Vita was!

Hopefully Nintendo makes it easy to move accounts and games over! Is it a shame there's no secret 3DS game port and emulator in the hardware? Probably, that would have been cool and see Ninty follow MS and Sony in making retro or better-retro easier, just like the Vita did. For non-handheld games (see that video), you can play with your current Joy-Cons or go buy a set. So, like the original Switch, the Lite has that slight air of kludge to it.

Also more noticeably missing now its a full portable device are the range of media apps, Netflix, Spotify, iPlayer, Hulu and so on. Hopefully Nintendo is on the case getting those and other apps for the Lite. 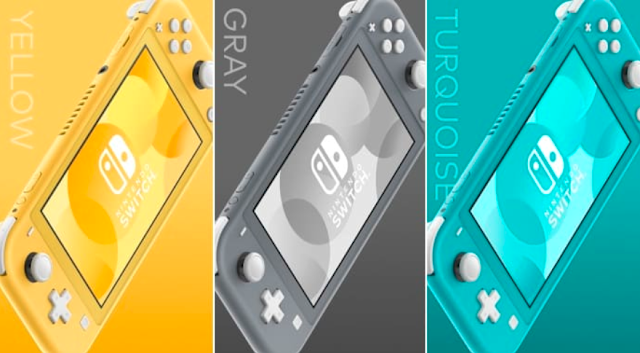 And to think Sony just gave away this market, forgetting the Japanese traditional long-term business outlook for some short-term western thinking! A 2016 Vita 2 with HD, dual-sticks, better WiFi/4G stack for improved PS4 Remote Play and a proper marketing campaign would have at least kept Sony in the game.
games nintendo ps vita switch lite