on May 07, 2019
Just a quickie, but worth celebrating the release of one of the last major games to hit the Vita. Vblank's top-down gun-toting business simulator Shakedown Hawaii is now up on the US PSN store, with the EU lagging behind as usual.

Take a peek at the many stories and videos that have rolled along over the three and a half years of the game's development since its first showing at the end of 2015. That's the sort of effort that makes a game worth the $20, before people start complaining. 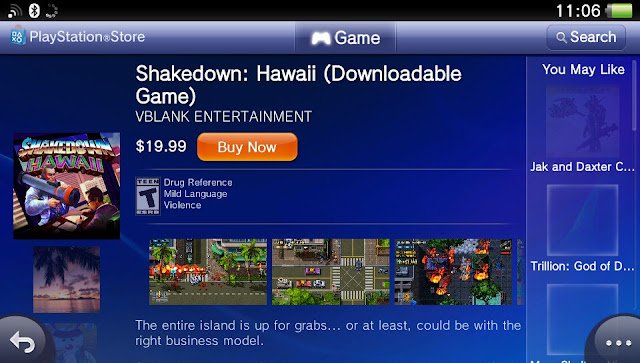