on April 20, 2019
Retro City Rampage is coming to the Vita soon (again), with just 3,000 copies of the physical release for collectors up for pre-orders on the 24th April (two days before I get paid dammit!") There was an original limited release back in 2015, but this is a cool way to hype up Vblank’s next game. 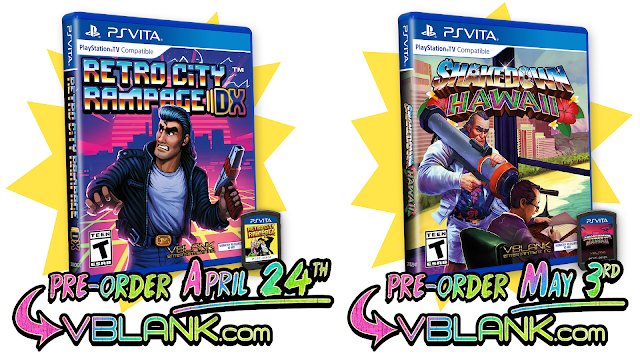 The predecessor to Shakedown Hawaii - which is also getting a limited physical release, with a release date of May 7 just announced - is an all-out pixel carnage-fest in the vein of the early Grand Theft Autos.

UPDATE: Shakedown Hawaii physical details will be here from May 3rd... Ladies and gentlemen, start your credit cards!