A Vita-Go prototype leaks out into the wild

on March 25, 2019
While this isn't the full-HD, full-Dualshock4 Vita 2 that I'm sure Sony has locked away somewhere, take a peek at something that Sony's lawyers will probably be hunting down right now. A Vita prototype slider unit currently up on eBay, labelled as DEM-3000H84.

Yep, meet the thicker-than-chutney Vita meets PSP-Go, a brainless idea showing either just how dumb or crazy Sony was back then. That's not to say I wouldn't bid for it, if I had $20K to spare. It comes with HDMI out, which the launch Vita really should have kept in, SD card support (really, Sony, was it that hard to add) and plenty of dev features. 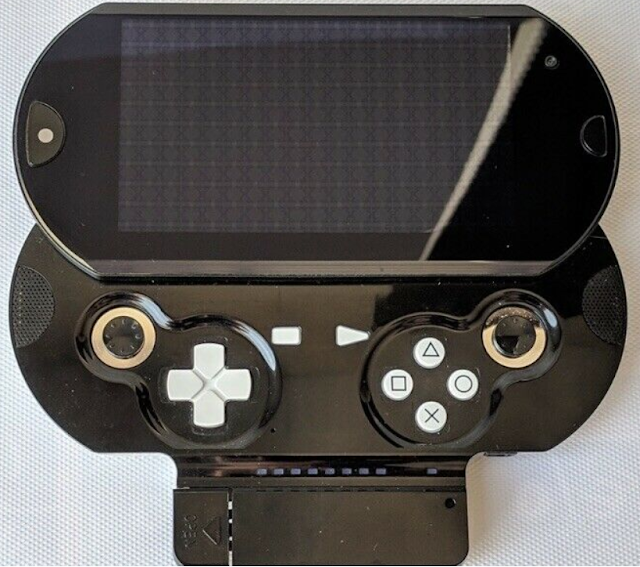 Given the item is likely stolen from a Sony lab or during a show-to-developer tour, not really surprised no one has paid the asking price for it. Also very glad Sony never launched it (even in a final consumer-friendly, with proper styling, unit, as I suspect it would have been laughed out of the stores pretty much the Vita TV.

It looks very chunky, considering the PSP Go is a tiny little thing, and I have serious worries about the thumbsticks. Here's hoping someone gets their hands on the full-spec Vita 2 HD unit someday.
demo unit ebay hd out prototype ps vita ps vita 3000 sd card