on October 30, 2018
Microsoft could release a brilliant remote play device like the Vita, to augment the mighty Xbox One X machine and generate more interest to drive sales. But, no, instead Microsoft Research is planning something like these shitbricks so people can play on their Xbox titles via xCloud (or whatever they end up calling it) on their phones. 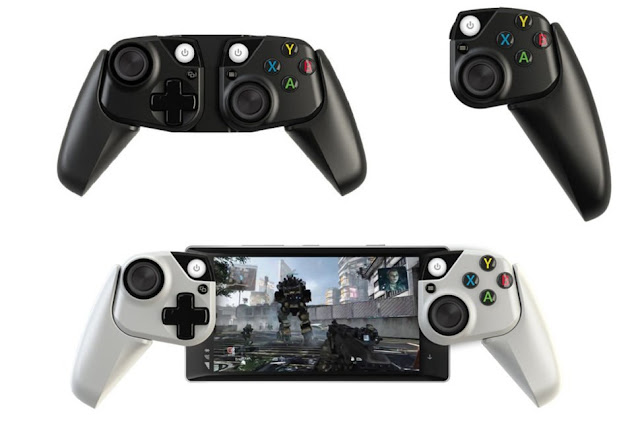 While only dummies, they look horrendous and, even refined, you can bet the final product will be premium priced. Microsoft would struggle to sell anything that looks like a hippos arse and the whole solution looks like the usual bad idea.

As the Vita shuffles quietly off to the technology retirement home, it proves that only Sony really got the portable gamer design right. Switch feels clumsy and cheap. Despite the muscle behind those iPhone games, there's no obvious mobile controller choice that's really comfortable, and here we have yet more crude abuse from Microsoft to solve what should be a simple problem.

The real solution, of course, is for someone to build something like the Vita with brutal WiFi, good battery and 4G/5G for remote gaming. But make it platform agnostic so PC, Xbox, PlayStation and Nintendo games could be played anywhere.

LCD screen prices are a fraction of what they once were, and system on chips reduce the unit price further. While this dream machine might not be an OLED nuclear reactor of a system, even a modest device could bring most of the world's games under one portable screen.
microsoft mobile nintendo switch portable ps vita sony xbox