Quantum Suicide on show at TGS

on September 11, 2018
Sure I'd mentioned Quantum Suicide from CottonCandy Cyanide before, but can't find any reference. The visual novel was Kickstarted in 2016, and the website still lists a late 2017 release date, but the game was delayed due to the developer's divorce of all things, and this trailer is two years old.

More recent news is the sci-fi thriller will be on display at Tokyo Game Show, in the Australia booth, and according to a Japanese tweet will be out later this year, and is still coming to the Vita. Overall, the developer could definitely do with better communications. 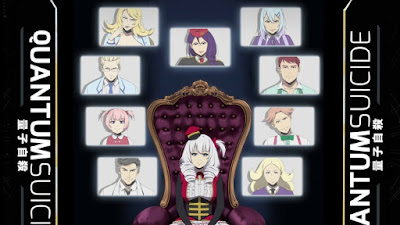 Quantum Suicide is a Japanese-style Visual Novel. You play as a researcher aboard a spaceship on an epic mission to find humanity a new home. The mission is jeopardized by a corrupted A.I system that forces you to play "The Deletion Game", a weekly game where you must battle your crew mates for survival.  Prepare to make both friends and enemies of your crew members as you play through a series of puzzles and strategy mini-games. Can you see the Everett's mission through to the end...alive?

More TGS snippets here. Ah, I had mentioned the game in the Kickstarter list (makes sense), but it seems like a title that should have made more waves.