on August 09, 2018
Sony is shipping a new PS4 model to celebrate 500 million PlayStation consoles sold since the arrival of the original slim gray box of joy. Over the years, the systems have actually sold 525.3 million various PlayStation consoles according to EuroGamer. But how many did the Vita sell? One or two people at the back of the room mutter, darkly? 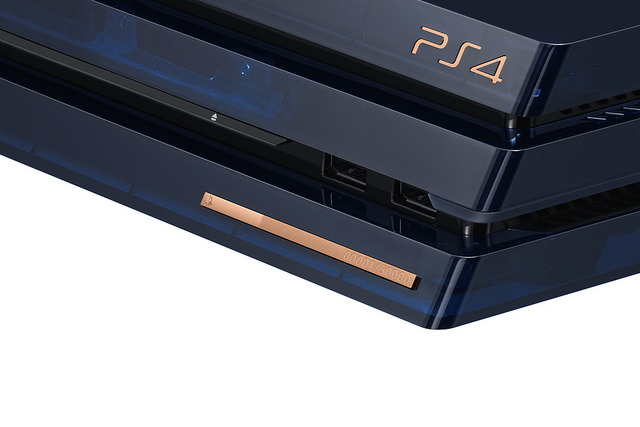 Of course, Sony knows the individual numbers and could just tell us, but that would mean admitting a failure, and companies don't like doing that! Still, with a little maths, we can figure out how many the Vita sold out of that enormous figure. Take 525.3 as the starting point and subtract these numbers (grabbed off Wikipedia, but they're mostly Sony's figures, although the company has been increasingly spotty in its reporting, so there's some room for error).

Leaving around 20.2 million Vita consoles in the world, which even with a 5% margin of error isn't bad for an abandoned device. That's at the higher end of estimates when people stopped giving a crap around 2015.

For context, Sony was bleeding red ink in those years, and perhaps didn't have the spare capital for multiple major tech investments. But to abandon 80-million PSP users and, around then 15 million Vita users? That's not a smart move and has left the field wide open for Nintendo to steal the whole market.

Anyone can spin this number anyway they like, but I'd say it shows both how badly handled the post-launch period really was, and how damaging Sony unnecessarily ditching western support for it in 2015 affected sales.

Since then, JRPG fans, indie lovers and retro gamers have kept the boat floating thanks to a tight group of developers and publishers, big thanks to them. Since most sales now are import or second-hand, the number could be higher if Sony had kept some faith in the format.

Looking into the history books, while 20 million isn't much by Sony's standards, that's double sales of Dreamcast, in the same ballpark as Game Cube and around where the Switch is now, showing how dumb Sony looks, missing the opportunity to launch a HD remote player or hybrid when it had the chance.