on April 18, 2018
Sir Eatsalot isn't your ordinary platforming hero. Not for him the ability to cling on to a ledge with one finger and pull himself up, if you slightly misjudge a jump. Nor the power to steam through a level at super-Sonic speed or wall jump to inaccessible places.

Instead, our gluttonous pal is a stout and sturdy knight who finds himself on the wrong end of a mad witch, the chain-smoking Hysterica and her minion hordes' plans. The kingdom of Gluttington, with its lovely cake and treat-filled world in under threat from sour lemonade, and he's not the sort of pussy to drink it! So, it's up to Sir Eatsy to sort things out. 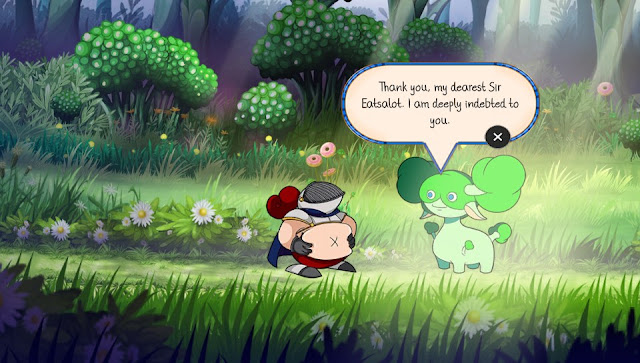 Sir Eatsalot is a Vita exclusive, making good use of front and rear touch controls, and packing in a few inventive ideas, while borrowing liberally from the best bits (the palette, scenery and caged fluffles in need of rescue) from Rayman, Zool and a few other classic titles.

The OLED vibrance really makes Eatsy stand off the screen, while touching the Vita has trees rattling, goodies dropping down, and is useful (nay, essential) for dealing with tricks and traps, and causing panic as you juggle touch and button controls.


Pump up the Volume

One note, this is definitely a game for headphones as the audio is pretty low key through the Vita's speakers. It is definitely worth enjoying the plucky soundtrack and the heavyweight effects at high volume as our portly hero goes trudging into battle. 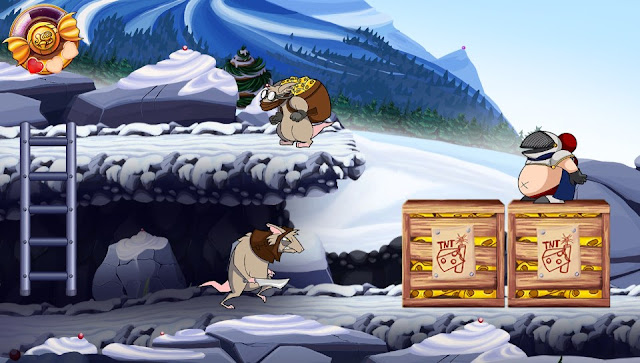 While the game starts out fun and cuddly with a few simple leaps and challenges, it soon becomes apparent there's a fiendish streak lurking within. There are plenty of vicious run/jump/trap/run/jump/trap moves that require precise control, tapping and a few goes as that panic becomes hysteria!

Loading up on quests from various Gluttington residents, Eatsy must zip in and out of the smallish multi-room levels, finding keys, levers and artefacts. Then do a lot of backtracking (one of the game's minor niggles) to access the next bit of the map, with light relief from spots of jousting and other challenges.

Cutscenes with Hysterica also lighten the load, and would have been great with some proper bonkers Helena-Bonham Carter (or perhaps, Miranda Richardson's mad Queenie) doing the voice acting. But, budgets and multilingual issues likely conspired, especially for a modest dev team like Behind the Stone. 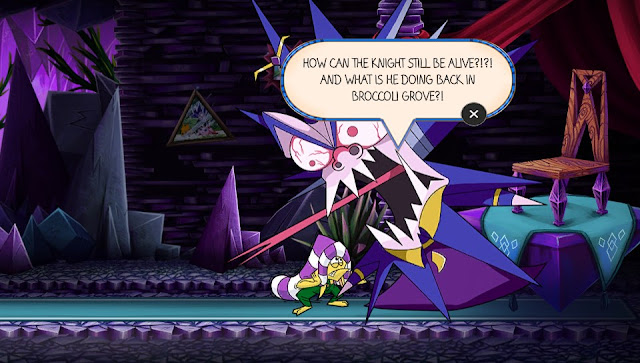 Food is always close to Eatsy's heart, he can run with a doughnut-powered sugar rush, but only for a few seconds. His three hearts of life can be restored by other yummy snacks growing among the bushes along the way. One useful feature of the page-flipping levels if that you can duck back to a previous screen to top up before fights, but falling leads to insta-death and restarting that section (again, and again, and again).

As Eatsy ventures across the Creampuff Mountains and into the Chocolate Mines, every creature he comes across offers a quick drawing challenge to help fill out the game's bestiary, with each providing a tiny hint or nugget of information about the realm. There's also the sheer cuteness of beasts like the Pastry Pups and cocoa harvesting cows (golems apparently, but they look like cows to me!) 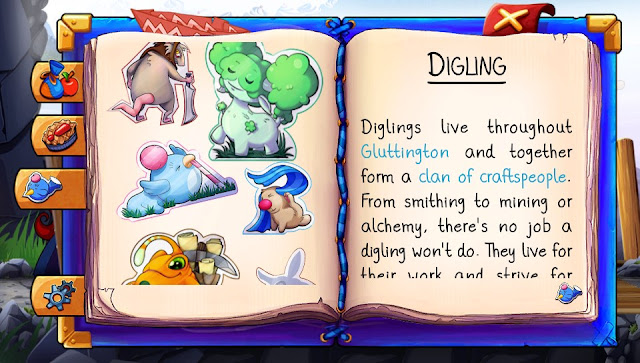 In battle, Eatsy's moves are limited to swinging his sword and blocking with a shield or running away. This feels slightly clunky, perhaps due to his weight, but isn't the most fun aspect of the game. Also, anything involving a CheeseBomber and explosive crates is decidedly unfun. But, a few missteps aside, exploring and being drawn in by Sir Eatsalot's hand-crafted charm is great fun and well worth the price.

Depending on how patient you are, or how likely to smash up your Vita against a wall, you can probably knock off a point or two from my score. That's due to the tricky combo sections and endless back-and-forth which may spoil your enjoyment. But, I'm entranced by Eatsy's and Hysterica's antics, the funny animations, and love the overall feel of the game and appreciate the clear effort that's gone into creating something that's nearly awesome!