on April 19, 2018
Gaming is rarely as pure when its just you and a feeble fighter plane against a land, sea and sky filled with enemy targets. Enter Rogue Aces from Infinite State, a nod to the likes of Harrier Attack, SWIV and all the other hopeless-odds shooters, most recently Luftrausers.

From the driving guitars on the intro screen, Rogue Aces is fast and furious fun throughout. Take off from your carrier deck and battle across dozens of campaign missions to impose your little slice of a new world order on the land. All before your petrol or ammo runs out! 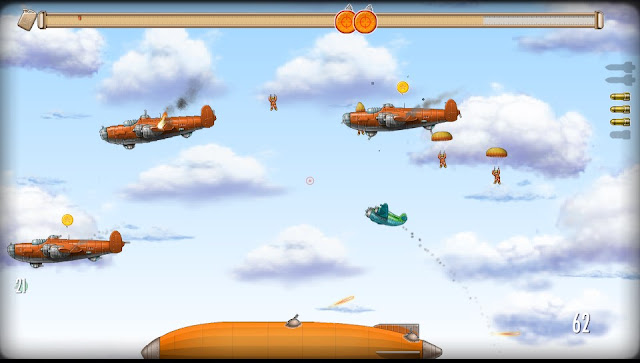 A little banter from the excellently-mustached boss and its off into the blue yonder, flying what looks like a riff on a P-47 Thunderbolt. Using dual-stick controls, you manage speed with the right stick and direction on the left, with guns assigned to the right trigger and bombs and missiles on the buttons.

Getting used to the controls takes a minute, a set of quick tutorials helps, but mastering them so you can zip around at ground level across the changing landscape or strafe multiple moving targets takes a little longer. Fighters buzz around you in a constant battle, while streams of bombers or zeppelins will hove in on a particular target. 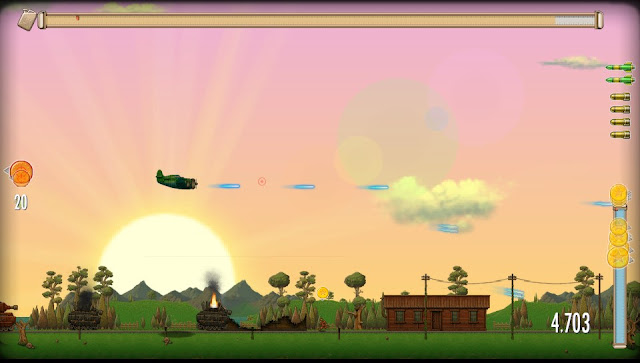 Tanks and troops roam the land, protecting high-value targets like radar stations or enemy airfields, and naval forces pose a threat to your tinpot carrier. Basically, there's nowhere to hide, but you can steal enemy bases to shorten mission times before death inevitably claims you. Military power (left trigger) can give you a quick boost to get out of sticky situations, unless your engine is damaged.

A normal campaign throws sets of brief mission objectives at you, wave after wave. Frontline campaign sends you across a sprawling series of island challenges, against the clock. Some islands are guarded by a boss enemy Baron plane with faster performance and bigger fricking guns to ruin your day. Master more of the game and you open up the Survival mode or the scary Bomber Defence (oh, and the Credit scene shooter!) . 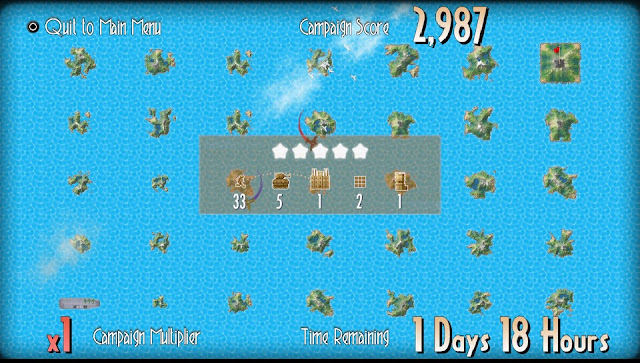 Gaining XP gives the game the "Rogue" in its title as you can upgrade your craft with better cannons, speed, turning ability and other goodies. The more levels you gain, the more boosts you can use. Shooting down fighters provide parachute crates with extra goodies, but mostly, you'll be desperately trying to avoid the ground and keeping an eye on your target with a quick nod at your damage levels.

Visually, the game is perky with lots of great effects, especially the searchlights at night, plus the rolling day/night cycle and weather, to the constant build up of dead ships and craft littering the landscape. Having played the Switch version, the Vita stands up remarkably well, with smooth play and graphics that are only slightly less crisp. Also, the text is bigger in size on Vita, so more easily readable, something that many developers forget! 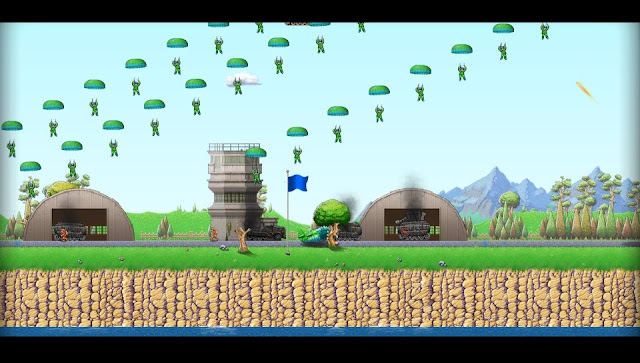 Packed with challenge and secrets to find across a good range of mission types, this is simply ace in short bursts. While Rogue Aces might sound hard, there are a few easy tactics to learn that will get you through most situations. Just the one annoyance, you can't carry on a Frontline Campaign at the same times as a regular one, surely a patch can sort that out?