on April 24, 2018
Ahh, the peril of one wrong step! League of Evil might sound like a The Asylum low-budget take on a Marvel blockbuster. But, it's a pretty simple game of reactions and learning the right pattern to pass each level.

League of Evil hit iOS back in 2011 from Ravenous Games and has landed on pretty much every platform since, with the Vita release coming at us thanks to Ratalaika and Woblyware. As a cyborg secret super-special agent of the Global Defence Force, you need to infiltrate the League and put an end to whatever plans they are hatching. 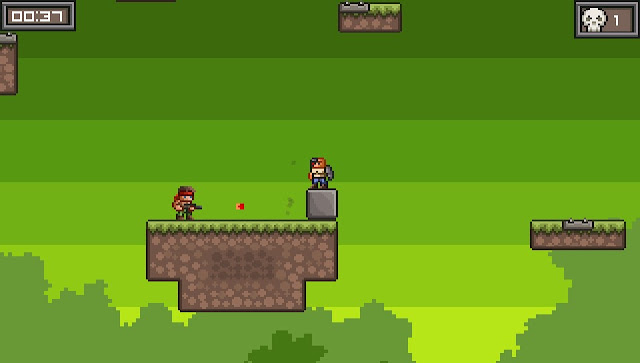 Each map has two aims, get to the end and punch a bespectacled man, and find the briefcase. To really be a star in the battle against the League of Evil, you have to do that in the minimum amount of time to earn three stars.

Add that lot together and you get a thousand deaths, misjumps and cock-ups in between the odd cool "wow" moment as you string a series of perfect leaps, punches and dodges together to get through a tough section or sneak in under the time limit. 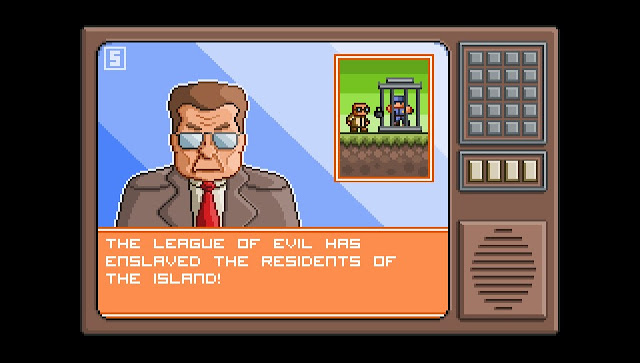 Our hero has some amazing leaps he can perform, double jumps, sliding down walls, clinging to outcrops, but only one punch move to deal damage to some enemies. They have guns, gun towers, laser grids, ninjas, whirling hammers, spikes and many other hazards that make it all seem a bit unfair, and our hero rather under-equipped.

In the background, a great set of chiptunes keep driving the pace of the game along, and with each level lasting only a few seconds, its hard to get bored of as you try to perfect that last set of leaps.

As a bonus, League of Evil comes with a level editor, allowing you to build your own and share maps with friends. Note, Ravenous and Ratalaika are also combining to bring us Devious Dungeon, which could be more of the same with a fantasy twist. 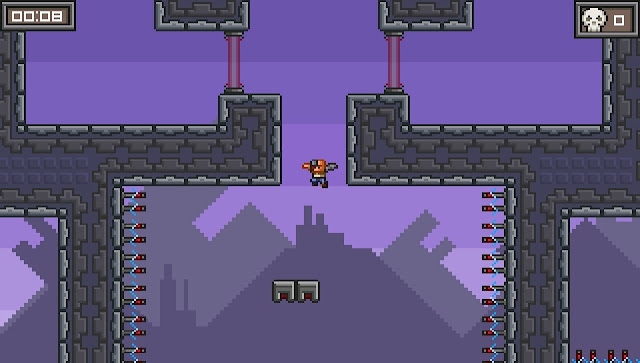 Cheap and cheerful, this is a perfect blend of compelling action and your inner battle against your calm and patience in the battle to succeed.