on February 15, 2018
After weeks of likely lads, it looks like Idea Factory is scraping the bottom of the barrel when it comes to love interest for Hakuoki Edo Blossoms.

First up is Hajime Saito who as the smirk of a convicted fraudster and a turn of phrase that would make Byron vomit a lung. 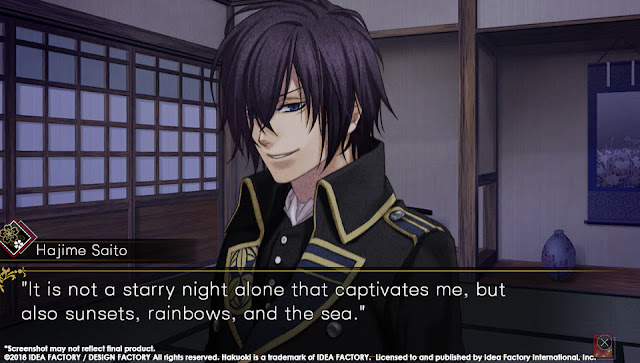 Or, as the PR blurb puts it: Saito is the quiet, “lone-wolf” who acts as the captain of the Shinsengumi’s 3rd Division. As a man of few words, he finds most conversation meaningless. His seriousness stems from his childhood. 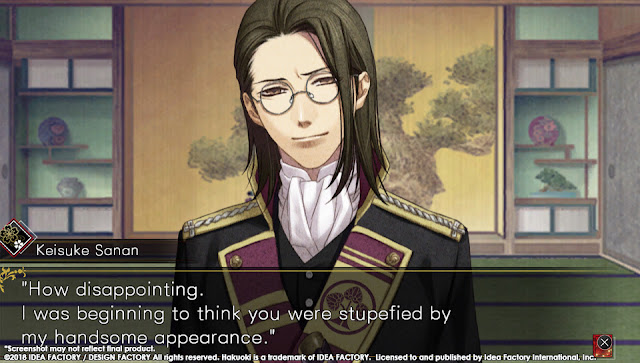 Then there's Keisuke Sanan who's limp hair and weedy glasses scream "punch me in the face!" Apparently, he is logical and reserved (punch me harder!). He is obsessed with discovering an antidote for the Water of Life (and kick me in the groin!), because of his guilt over what he's done to the Fury Corps.

Yes, I'm getting quite bored of the drip-feed of drippy characters, just release the game already!