on February 22, 2018
The PS Vita is six years old now, making it a relic in technology terms, arriving around the same time as the iPhone 4S. But gamers still love it and are snapping Japanese imports or second-hand western models up, long since Sony stopped distributing them! Some are new to the world of Vita, others are on their second or third trip back to Vita Island, for some reason people just can't stay away!

UPDATE: Despite the news Sony will end PS+ on Vita next year, stop making game cards for western publishers in 2019, and Sony is likely to end production in 2020) this does nothing to affect the Vita community and developers still profiting from releasing titles.

Apart from that trail of end-of-life-affirming news, Sony won't talk about the Vita, bar the very rare game post on the PlayStation blog, so many people might think it is officially dead. That's despite a vibrant little developer and a growing dedicated fan base. The Vita might not be for everyone, but it has the best gaming community since the Dreamcast. And it annoys the hell out of Sony every time someone buys one!

Of course, you could get a Nintendo Switch with a stackful of games announced every day for it, but everyone has one of them, (ahem!) Rather than take the word of a true-believer like me, voice-of-reason Erica Griffin does a great job explaining why you should buy one!

If you're searching for a new Vita, either as an indie hit machine, retro box, or for Remote Play then you can still find them on eBay, from Amazon third-party sellers, and second-hand stores. The good news is there are plenty of all models still available, the bad news is the price is going up as they become a collector's item.

Since 2014, all Vita "slim" models have had an LCD display, if you can find an original 1000-class model new, then that has a blacker, brighter OLD screen with more pop, but is unusable in bright daylight. But the overall difference isn't a massive one. The newer models also have better battery life, standard USB charging port and 1GB of memory built in. 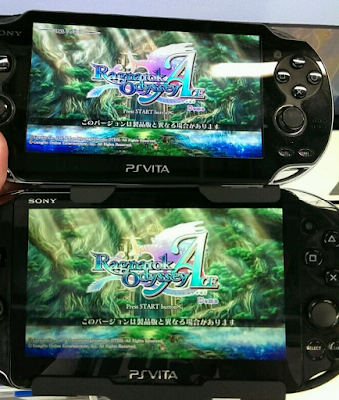 Despite their outrageous pricing, Sony has never noticeably cut the cost of memory cards for the Vita. The rule is to buy the biggest you can afford, a 32-GB model will store plenty of games (I have around 50 on mine). The 64-GB models are Japanese imports as they were never officially released here, there are more reports of those corrupting than smaller versions, but that's likely as people are more upset about the effort to rebuild their collection.

Amazon has a range of cards or bundled cards with download codes for games, like the Disney or Mega packs (UPDATE: Most of the bundles are now unavailable) to spice things up a bit.

The Vita has a range of cases from hard plastic to canvas. There are also some grips available that can make it more comfortable to use, and add triggers to save tapping the rear screen on some games, definitely easier for PS4 Remote Play. They range from dirt cheap to modestly priced, just remember to check they are for your model of Vita - some generic types cater for both.

My launch day model has survived a few drops and bumps, but you definitely need a comfy case for road trips and travel, also somewhere to keep game cards is very handy to save rooting through your game cases. 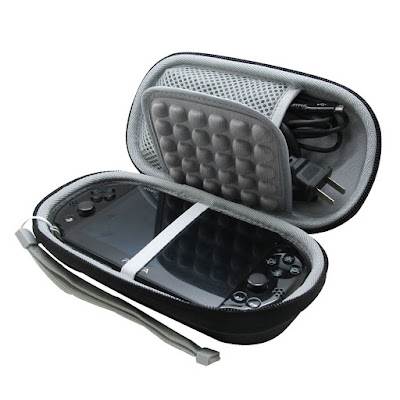 I won't tell you what games to buy, there probably over 1,100 games that play on the Vita. From PS one (100+), PlayStation Portable (250+) and Vita (750+) games available, depending on your region. Since it doesn't get the latest big-name games, you can spend plenty of time diving in and out of the back catalogue, with many games available cheap in retail and PSN sales.

When it comes to buying for children, the many LEGO games are perfect choices, as are Minecraft and Dragon Quest Builders for keeping them occupied with fun construction and adventuring. Ambient arcade games like Flower and Entwined also have appeal, while the likes of Fez, Lumo and Thomas Was Alone will appeal to older children.

Check my reviews to find games that match your interests. Physical copies could well increase in value over time, and will boost the value of your Vita collection if you ever decide to sell it. Buy those if possible, especially if they are Limited Run, EastAsiaSoft or other collector's titles with small production runs. Going physical also saves you messing about with lots of expensive memory cards as that collection grows.

The Vita is still very much a viable proposition for a gaming fan who's not just after the latest Call of Duty. With a gold mine of quality titles, it has attracted most of the best PC indies from Papers, Please and Spelunky with Stardew Valley and others on the way. Note, the Vita PSN store seems to be built on the same back-end technology as the PS4's, so Sony is unlikely to ever close it outright, like it did with the PSP store (and even that is still accessible via PC).

Note, this is an update on a 2016 piece, if you think it seems familiar.
2018 edition buying a ps vita where to buy a ps vita