on December 01, 2017
Ouch, ouch, horrible, horrible, make it go away. No, that's not the zombies, but this horrendous update to one of my favourite adventures on the Vita. Firstly, sorry for the long delay in getting to this review, I picked it up on-sale earlier this year, £4 makes it a bargain right?

With a lot of hindsight, 2013's first season was an epic tale, and I remember feeling every punch and shot as Lee and Clem tried to protect each other. So much so, I could overlook most of the game engine's wonky moments.

However, the sequel - which I'm now glad I left it so long to play, so I wasn't too invested in the emotional side - comes across as even worse, a less-polished jerky mess. And even if its the engine's fault again, this feels like a dark stain on the Vita. I kind of see why Telltale gave up on Sony's handheld shortly after. 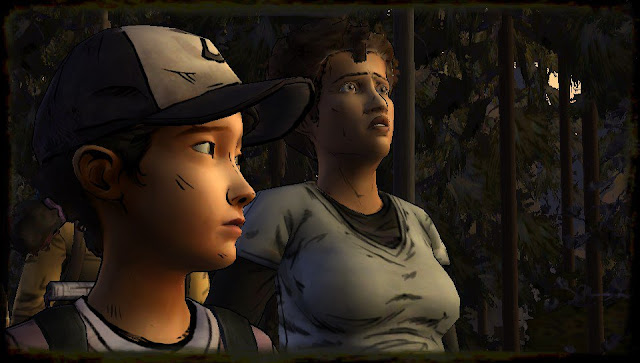 Any sense of involvement rapidly vanishes when action scenes fail to work. Drama fails when huge loading delays mean you forget why you were on the edge of your seat, and poorly worded or stupid touch commands don't make sense or don't work.

That aside, Clem is a little grown up now, and surrounded by expendable characters or people you actively want to die, so there's very little of the love that I felt toward the poor survivors in the first game. Sure, things hot up a bit toward the end and the inevitable big-scene climax, but God knows what the third series is like!

Over five chapters, there's a mix of chat scenes, a litany of hard choices, extreme violence and the odd decision that doesn't add up to a hill of beans, it seems. So, in summary, avoid unless it is on sale at a very good price. Having played this mess, certainly won't bother with Telltale's other efforts, on any platform!