on October 26, 2017
Another from out of nowhere release lands next week with Pox Nora from Desert Owl Games. The game has been vaguely on the release list for ages, but is finally ready for release. For those already poxing and Nora-beating on other PS4 or PC, there's some good news. 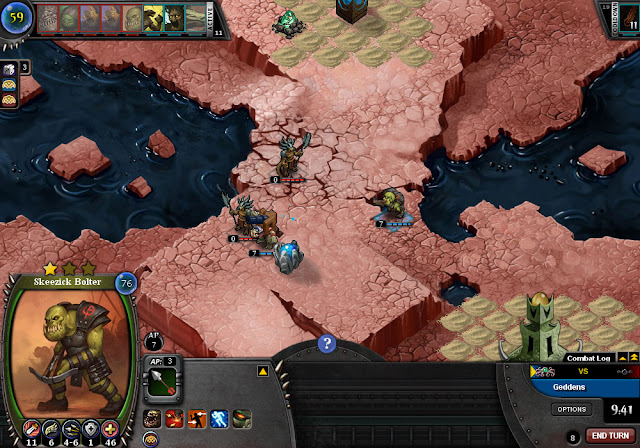 All progress, runes and gold earned, and Owl Credits purchased will be shared between PS4 and Vita. While existing Pox Nora players who do not have a PS4 will be able to copy their PC or Mac accounts’ inventory over to their PlayStation Network account via the PS Vita. The account cloning will only remain available for a limited time.

Based on the developer's comments in the forums, some concessions have been made for the Vita version (note that's a desktop screenshot - chasing for Vita pics):


A word of caution to those of you thinking of getting a Vita just for Pox. There were many concessions made for that platform for it to be able to play the game. Although Pox is not a very large game and is not demanding for most PCs the extremely low amount of RAM and processor speed on the system versus most current mobile devices does take its toll. Further performance optimization is one of our big focuses moving forward because that will benefit all versions of the game.