on May 31, 2017
Not unexpectedly, Vita sales continue to bump along the bottom in Japan, with the six-year-old hardware dropping clinging to just above the 4K mark according to Media Create data. With no new hardware and first party games in almost three years, what does Sony expect?

The only new entry in the Media Create chart is the rather delayed release of Romance of the 3 Kingdoms Sangokushi 13, selling a  very modest 2,800 copies. 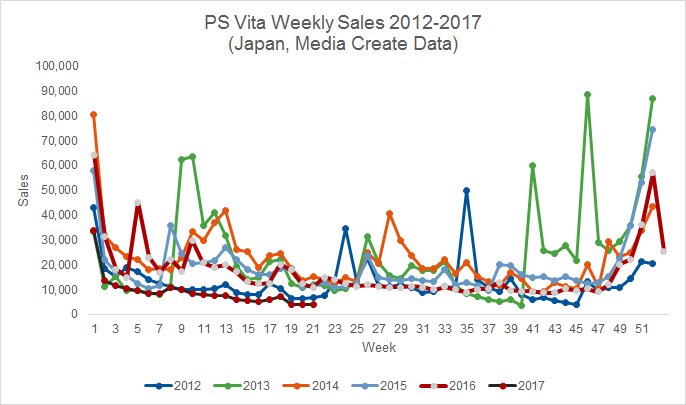 But, as the release list shows, there's still plenty of games to come into 2018, and smaller publishers will keep plugging away with VN and RPG fodder. The next big test is Gust's next unveiling which will show if the company plans to keep bringing Atelier RPGs to the Vita, there's a big reveal next week, when we will find out.
japan media create ps vita sales vita hardware