Second worst week of Vita sales ever in Japan

on May 17, 2017
The end of Vita hardware sales looms large as the handheld managed to sell a mere 4,114 in Japan last week. Yes, Sony has plans to keep going, with an updated Minecraft bundle in July, but beyond that, it would be hard to see the company justifying a production line beyond the end of this year.

The worst week of unit sales was just over 4,000, and for the first time in ages, there are no Vita titles in the top 20. Then again, Microsoft continues to sell the Xbox One there with just a few hundred sales. While niche titles will keep the smaller publishers going, the larger players are all moving to Switch, and quickly. Hopefully, loyal Vita owners will cling onto their machines for another year or two, but things are not looking cheery!

After last week's brief revival on the Media Create chart, it is hard to see anything helping boost sales, ever. So, enjoy the autumn of the Vita's life and the Japanese games that continue to come our way. But unless Sony pulls PS4 Portable out the bag at one of this year's shows, portable gaming Sony style is done. 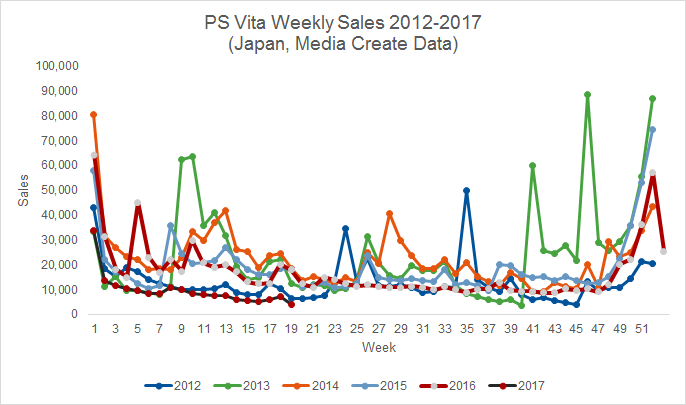