Way down the arse end of the chart with no numbers came this lot, showing that there are lots of Vita games still hitting Japan. They presumably sell enough (2-3K each) to make these efforts worth while.

In related news, Romancing Saga 2 has just passed 200,000 downloads on the Vita in Japan, in just over a year. This shows just how important digital is to the Vita. While collectors might hate, those digital sales are probably  keeping more publishers going than Sony would care to admit to. Can't wait for the title to come west! The news came from a talk during Unity's Unite event in Japan, showing just how random getting sales info on Vita games can be.

On the hardware side, Vita sales nudged up, for the first time in a while, by 800 to just below 6,000 units. Hopefully even some modest Golden Week activity will see it head up further, when last week's sales are announced. 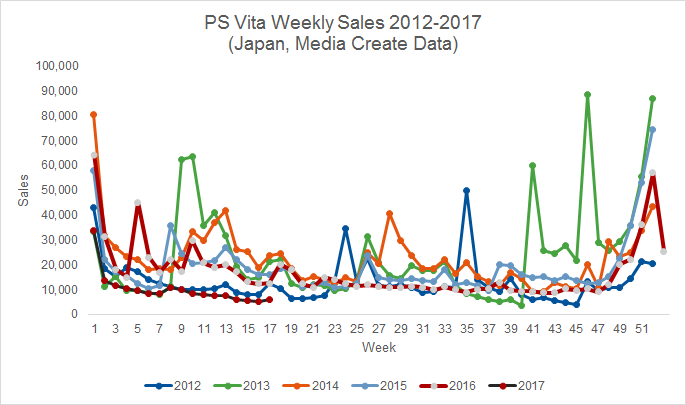 Check back tomorrow for the regularly scheduled Japanese chart update.