Romancing Saga 3 gets a Vita port in Japan

on March 28, 2017
Following on from the success of SaGa Scarlet Grace last year, and the arrival of Romancing Saga 2 it seems fairly logical for Square to keep rolling these games in this classic series out. So, it is little surprise that Romancing Saga 3 will get a Vita, iOS and Android port in Japan.

Remastered for the modern age, the nineties RPG gets a low-key announce with a web posting, a spot of art and not much else. Keep an eye out for more.  As with Romancing Saga 2, its unlikely to head west, whatever Square says. Unless, by some miracle, they decide to release a digital bundle in the west? 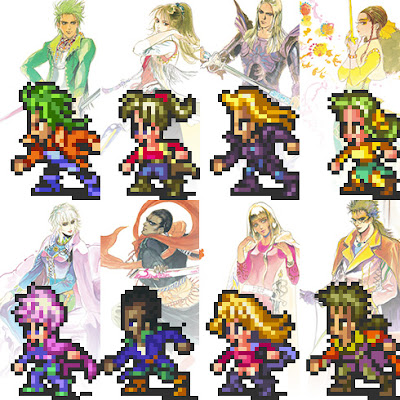