on February 06, 2017
Having reviewed this at the same time as playing Resident Evil 2 Revelations, it is amazing how chilling and disconcerting this little pixel adventure is, compared to the big budget theoretical scare-em-up from Capcom.

As a fan of Channel 4/AMC's Humans, it also tells a story that resonates with me - what if the robot helpers we are now building (in real life) go wrong? It starts off with you as Tom, a young man traumatised by nightmares who seeks out a job in a remote area (The Shining style) to get away from some personal trouble. 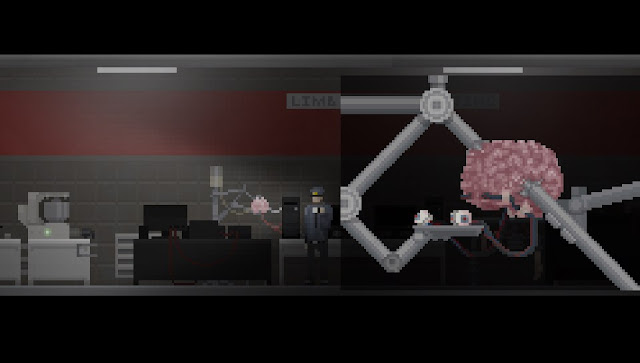 The source of his nightmares are shadowy figures that plague his dreams. But Tom also has gangsters to contend with, and his new place of work is a shut-down Android factory where the money ran out before they could complete their batch of AI helpers.

Your chubby boss, and fellow guard, Buck takes the day shift, while you work nights. A hotel-style block provides a change of scenery (and more The Shining references) from the Melior factory, where you soon find some audio and video tapes that show things weren't going to plan. There's also plenty of emails on the computers that provide a few clues as to where to go and what to do in the simpler puzzle sections.

The story plays out over rather a small scale, with time compressed into seven minute nights, where Tom must do his job. When he falls asleep, more parts of his backstory fall into place, if you can survive long enough to see them. 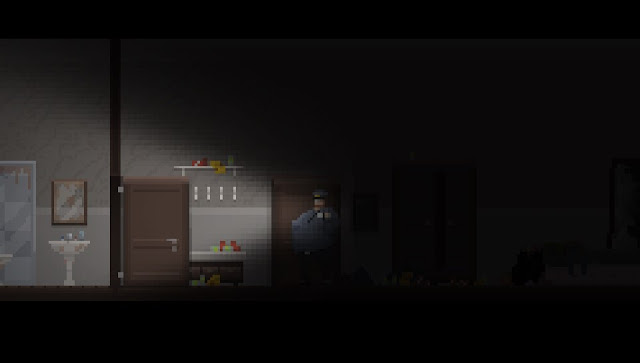 I'm not sure if there are game bugs, or a deliberate effort by the developer, but Uncanny Valley throws you from scene to scene, almost at random. That leads to some very peculiar outcomes, which are just as disconcerting as the actual plot and the grizzly creations within.

Whatever the route, staying alive, with some useful bandages or tools, can be tough. Armed with a torch to light up the dark spots, Tom can find a gun late in the game to slow down the robots, while judicious use of an axe or fire extinguisher will help get you around the place. 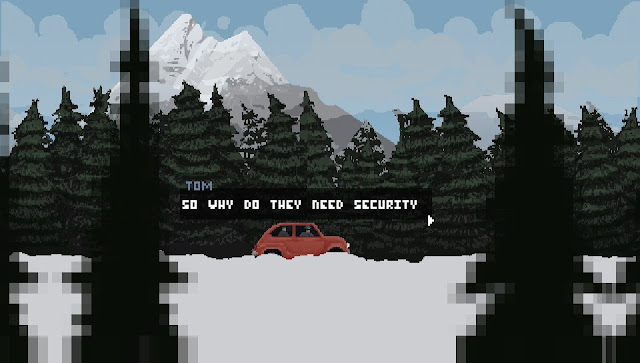 There are several ways to finish the game, and it says at the start that you need multiple play throughs to get the true story. Most of those endings are rather depressing, with a few plot twists along the way. But perhaps nothing is quite as sad as the fact that this little game from a tiny team of developers can be more chilling than the combined efforts of a mighty Japanese monster publisher.