on February 03, 2017
What a clever way to package a simple classic! What a horrible way to mess up the key mechanic of those classics. I used to love a competitive bout of Bub and Bob's Puzzle Bobble (or Bust-a-Move, depending on where you lived), Super Bubble Drop, Magical Drop and their ilk back in the Neo Geo or SNES days.

The clever dynamic of angling shots, fighting against the ever descending array of blobs, and trying to get the highest scores are all just as appealing today. Supermagical takes that retro charm gameplay, and punts it into a story based adventure. It sees a young witch, Nina, trying to rescue her magical warlock friends, and their useful spells, which can be used in fighting off hordes of gnashing monsters, rather than plain old bubbles. 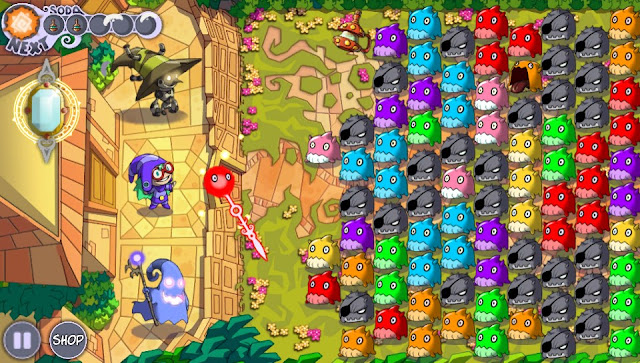 That story has its own little drop of drama, but is most light candy fun, as befitting a mobile game. Skipping around a sunny island, you can go to stores, trading the coins you catch in-game, to buy candy that help in your battles, as well as play puzzles and go through some plot based scenes. There's also special items to open up new areas, and ingredients for Ultramagical spells that can help you fly through some tougher battles. 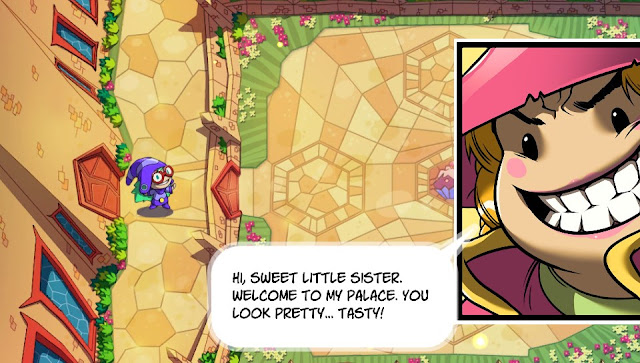 But the bulk of the gameplay is the battle levels, and be it through game design, or the higher resolution of current generation titles, it doesn't feel as snappy or as fun as those old classics. There's too many missed shots, too much interference when you're trying to play the game with silly new mechanics. It all feels as if the developers were trying too hard to cram in new ideas. 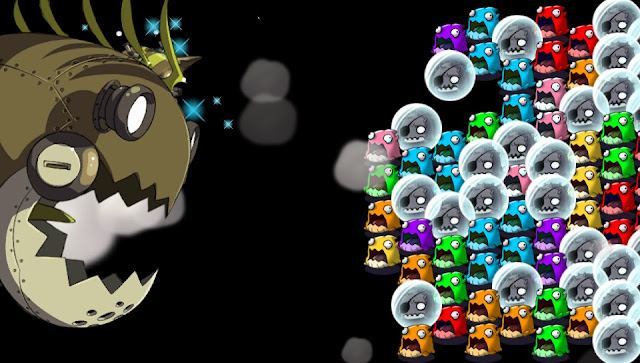 On the plus side, this is a cheap and fun diversion on the Vita, one that will be enjoyed by younger players. There's over 70 levels to bust your way through, loads of little extras like pets, and mystical creatures to give you the odd ride, but if the core mechanic doesn't feel right or all that fun, then all the effort seems wasted, if you enjoyed the originals. If that's not an issue for you, feel free to bump the score up a notch.