on February 03, 2017
What a sad thing to see. I guess this was the last big Vita franchise game, and it took Sony to cough up to get it developed through Frima, with Capcom not being keen. With that in mind, and having seen some hellishly grubby screens, this spin off Resident Evil game comes as a reasonably pleasant surprise.

That's in part by picking the full game up for £7.99 in the festive sale, rather than the original episodic format. Helping even more is a hefty patch that solved, what I recall were, quite a few frame rate problems and bugs with the launch code. I may be very late to the party on this, but I think I win! 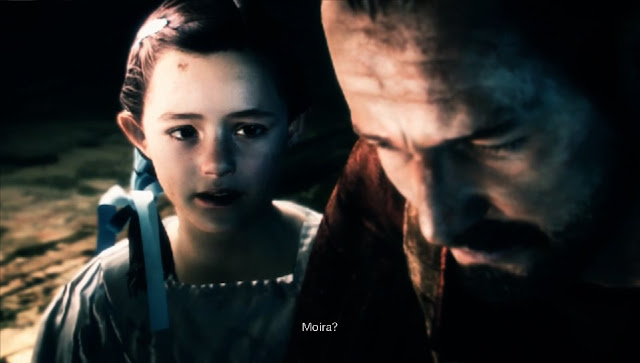 The game itself sees various characters from the series running around a hellish island, Zabytij, like little lab rats. It starts with Claire Redfield and Moira Burton getting kidnapped from a swanky corporate event for Terra Save, a company cleaning up the bioweapons mess. They wake up on the island in cells, so typical batshit crazy RE plotting.

Sinister wristbands will inject them with a toxin and turn them into zombie freaks, The Afflicted, if they get scared enough. But the game never plays with that mechanic - where's the scared-o-meter that sees the player have to stay in control of a situation? 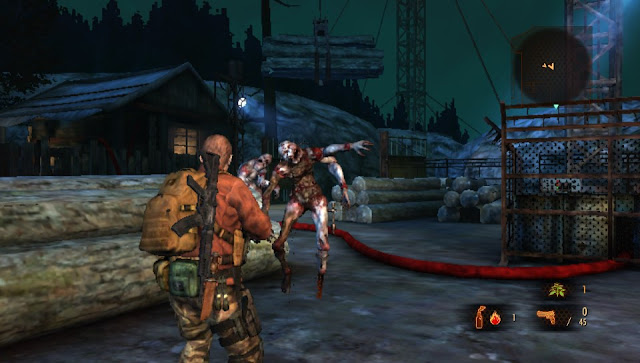 Talking of control, the Vita mechanics are mostly okay, except when you get stuck in corners, or are surrounded, at which point things get very messy. Quick replay points mean you get rapidly back into the action and will soon learn the best order to take the Afflicted down, and with which weapons. They can be upgraded at workbenches, but you mostly always feel under-powered.

Those situations are generally a steady stream of mutants bursting out of the scenery, and you needing to conserve ammo, manage health with the faithful green and red herbs, and switch between characters. One of whom generally is limited to weaker weapons, but has a few useful skills. There's a few puzzles to solve, or items to find, but the pace skips frenetically along.

Being taunted by the controller of the island (sounds a bit like Sigourney Weaver), the girls soon reach an impasse. Then, we leap forward in time to Barry Burton turning up months later in a boat, with just enough ammo to deal with the first batches of creatures - good thinking Barry! He soon meets a mystery girl and we run back through the levels the girls battled through, facing slightly different threats and puzzles. 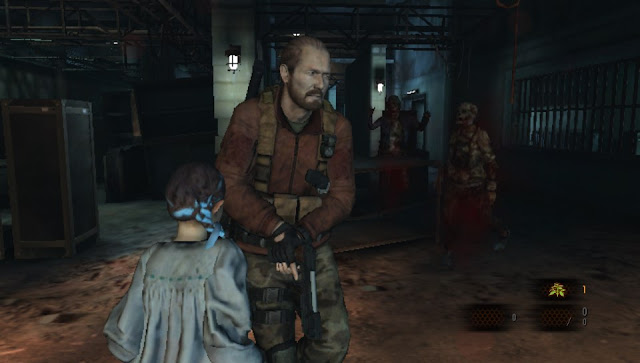 This reuse of previously conquered territory isn't quite as annoying as I'd expected, and actually helps tell the story in a rather clever way. The time-split story rattles around the island, with various narrow escapes and many a noble sacrifice. With split endings, bonus chapters and point-scoring raid modes to undertake, there's a lot to the game, but its not something that you'd want to repeat often, even for all the hidden little secrets. 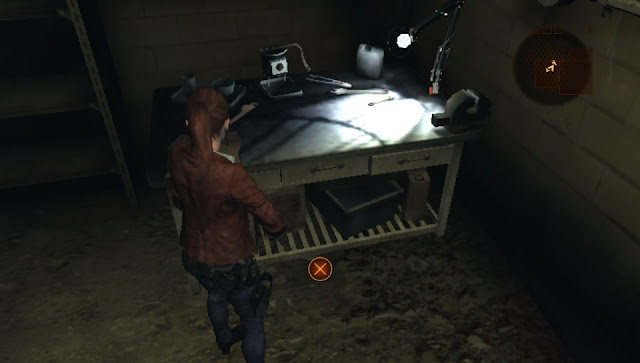 A few of the puzzles are really annoying, and the Jonny-come-lately Vita version could have been tweaked a little to make life more fun, but I guess that's never been the point of Resident Evil. The Vita load times are still pretty bad post-patch, but once playing, the world of Resi soon wraps its tentacles around you.