on February 20, 2017
One of the bigger sellers in the world of iPad and mobile gaming, Bridge Constructor is a puzzle game that will test if you were paying attention during those "how they build things" science classes or megastructure shows on Discovery Channel.

Bad stuff out the way first, there's a lot of loading time and spinning gears in what looks like a fairly ordinary game. Why it needs to connect to PSN all the time is madness, but there's an option to turn some of that off and speed things up! Hopefully there's a patch on the way for the remaining delays.

There's also a mess of an interface, with some touch features, some buttons that aren't touch enabled, horrible zoom mode, and some fidgety choosing of items - that really doesn't help Bridge Constructor's cause. Oh, and it crashes rather too often, so, yeah - patch needed! 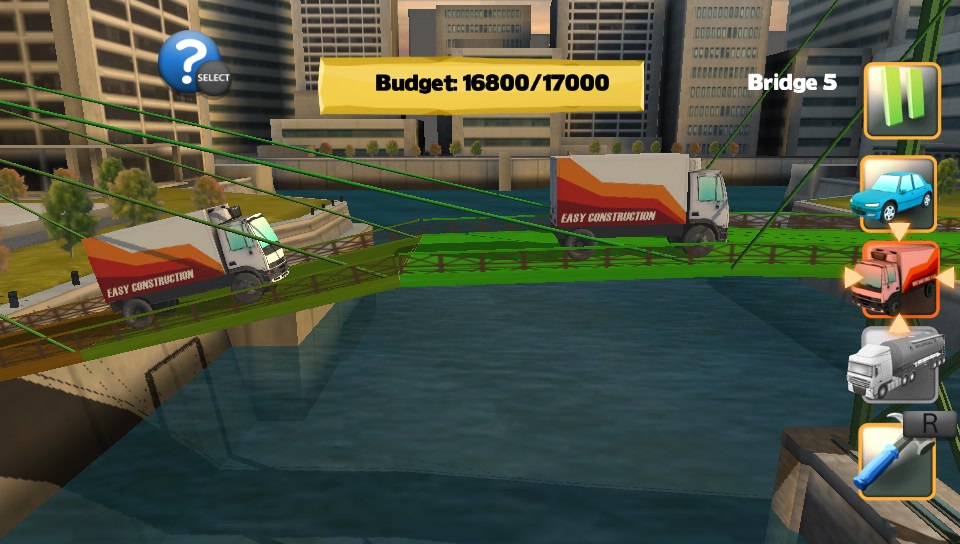 Bridge over man, bridge over!

To the good stuff - welcome to a series of islands (VitaIsland if the port team had been thinking straight!) where many bridges need connecting to bring trade and happiness to the people. With a range of materials to hand, from wood to concrete bases, steel girders, metal cable rope and more, you need to string a construction together that will let cars, trucks, and ultimately, full articulated lorries pass to the other side.

With limited materials at first, your bridges need to be simple affairs following classical designs, with plenty of triangles to provide support. In later levels, there is all sorts of hellish or crazy terrain to navigate, with massive gorges and caverns to overcome.

In design mode, you can slap as much material down as the budget allows. Go into play mode and the bridge shows all green, but any obvious weaknesses will turn yellow or red, and if you've really made a mess, the whole thing will collapse into a ravine before you've even started the cars! 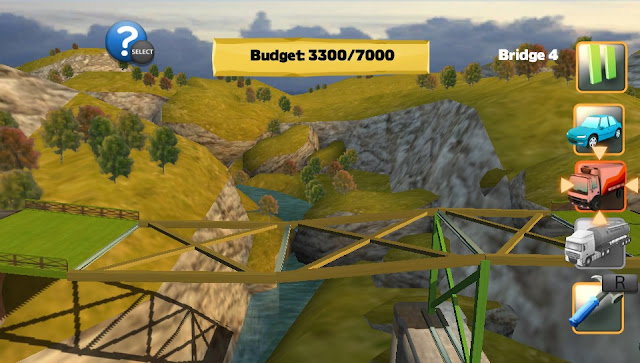 Sections of the bridge highlighted yellow can probably see you sneak the two cars over, but might need more work before the trucks and can cross. Early on, working out what to do isn't too tough, just remember some real bridges in life and you can get the idea. However, later on, when you've more expensive resources to play with, figuring what to put where, especially with uneven support areas, gets a lot tougher.

So, we build, we test, we fail, we tweak, we try again, and eventually it will work, just - or you do really well and pick up a trophy. Then on to the next levels or part of the island and repeat. The later sets of islands offer really crazed challenges so there is plenty of value in Bridge Constructor.

Ignoring the rather chaotic interface, Bridge Constructor is a great thinking game, but one that you have to persevere with that poor UI to enjoy.