on February 01, 2017
There are six Vita games in the Media Create top 20 this week, with three new entries, although nothing was going to stop Resident Evil 7 from hogging the limelight. Making the biggest impression was Uta no Prince-Sama: Repeat Love, a rhythm action adventure visual novel, update to a PSP title, selling 29,000 copies.

Danganronpa passed the 100K physical sales make, but unfortunately, Twin Star Exorcists failed to generate much excitement. Both Black Wolves Saga and Drive Girls failed to bother the top 20, which suggests new or niche IP on the Vita might not have a huge future in Japan.

Or, publishers are starting with really small print runs, as they expect most sales to be digital, but while making economic sense, its not doing the Vita's profile much good.

On the hardware side, the longer Vita can keep selling 10K a week, the better. It managed 10.553 this time out. Historically things will dip across February until we get to the relative safety of spring. 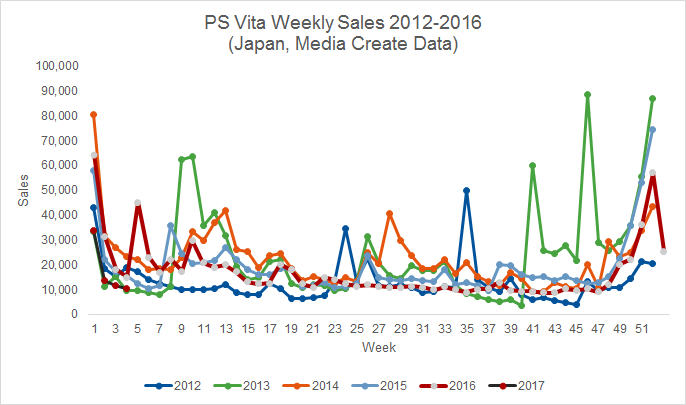