on February 20, 2017
Bandai is chopping down Vita games with ruthless efficiency now. The latest to get the axe is Chroma Squad. Listed by Sony back in 2015 and reconfirmed in 2016, the not quite Power Rangers game from Behold Studios, originally a Kickstarter for PC, had support from Bandai for the console versions, but is no more for Sony's portable.

The press release says only "the game will no longer be available for the PlayStation Vita handheld system." I'm trying to find out why, it hardly looked a technical tour de force, so likely the usual sales worries or lack of budget/bandwidth for porting. 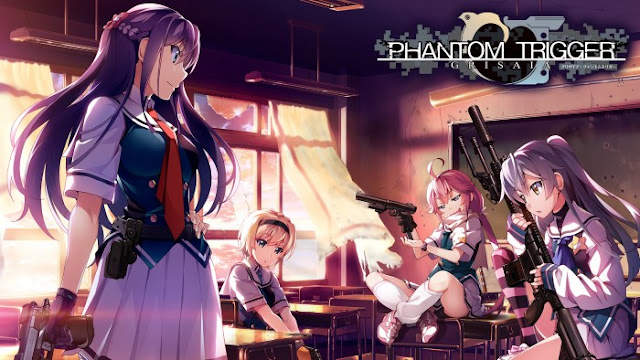 On the plus side, Frontwing's new visual novel series Grisaia: Phantom Trigger is on Prefundia, and they do mention the Vita, but only when the whole series is complete, which could be a long way down the line, so definitely don't get your hopes up.

Also coming our way is Emerald Shores, a soon to be unveiled platformer from Fordesoft, the man behind PSM tile game Super Blackout, who also has a 2D RPG in the works. Expect more news on this soon.
chroma squad emerald shores fordesoft frontwing grisaia phantom trigger ps vita sony