on January 01, 2017
From the death throes of classic arcade games, 2000's Metal Slug 3 proved there was still plenty of life when a title is developed with skill and imagination. SNK's opus was released on PS4 and Vita a couple of years back, I finally had the time to wade through its hefty battles over Christmas. Note, it is only £3.69 on EU PSN until 20th January.

One sad fact is that I, and I'm guessing most players, will never earn most of the trophies, as passing a level without using a Continue seems nigh on impossible unless you are willing to learn every trick and tactic, get endless timing pieces right, and find every nook and cranny of this Metal Slug work of genius. 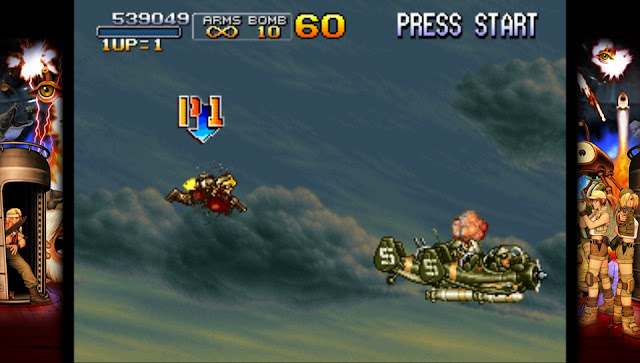 Boosted by four characters and a range of vehicles, there is loads to see and shoot in this classic side, and sometimes vertically scrolling, shooter. It takes you underground, underwater, up in the air and into space with a range of enemies stretching from stock cannon fodder soldiers to zombies, aliens and some of their bigger armour pieces.

There is multiplayer for two-person co-op, but you might have to wait a while to find another player, and they are likely a lot better than you are. Firing every which way, the key to staying alive is clever use of your bombs or powered-up guns, which can be restocked, by rescuing prisoners. With branching paths, at least if you find an impassable bit of the game, you can restart and head a different way around it. 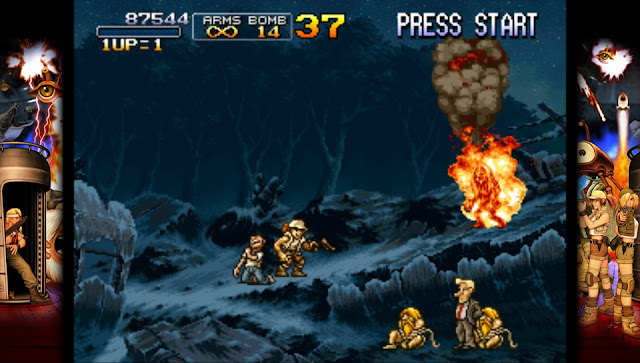 That's part of the great design, with every pixel madly animated and impressive backgrounds, foregrounds and no expense spared to bring full-screen enemies to life. There is a little slowdown with big explosions, but nothing too annoying. I can see the appeal of enjoying the game again and again, to become a master, but I'm afraid that's way too much time for me, but if you want all those trophies, be prepared for an awesome challenge.

If you missed Metal Slug Anthology on the PSP (never seen on PSN, except for PS4), then this is pretty much it on the Vita, apart from Metal Slug XX (PSP version) - so enjoy this game while you can for its insane plot, hectic shooting and never-say-day attitude when there are so many bland shooters out there. 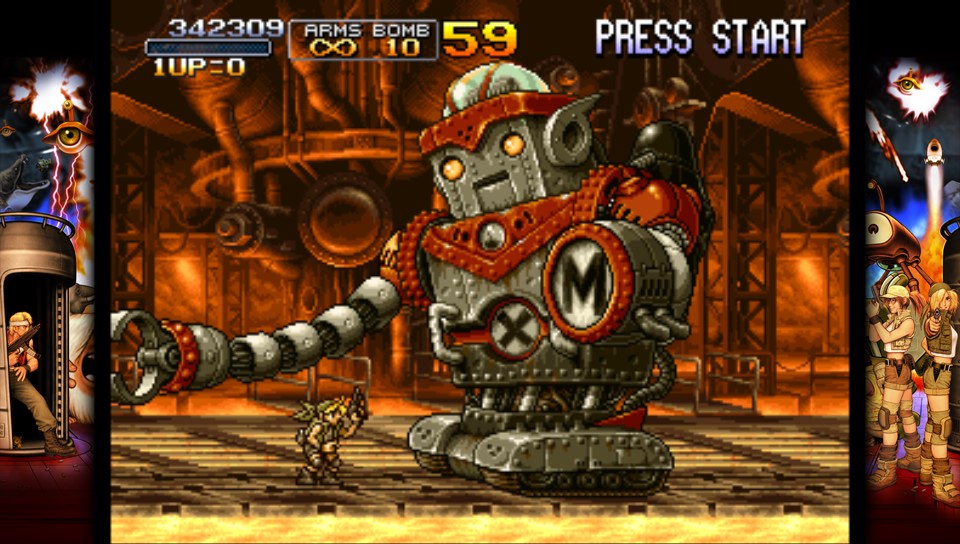