on January 01, 2017
So many classic game genres are criminally ignored these days. Where are the RTS titles, flight simulators, and what on earth happened to all the isometric puzzlers that taught a generation of gamers how to play in 3D before polygons were a thing?

Fortunately Gareth Noyce and Triple Eh? Games are here to bring some nostalgic salvation in the form of Lumo, a sparkling tale of a lad zapped into his computer and dunked into wizard's gear and left alone in a set of tricky mazes and puzzles. 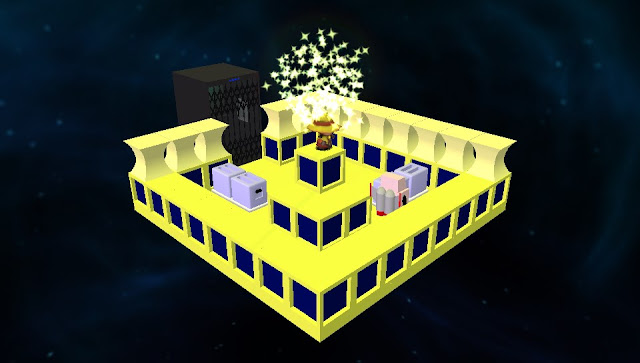 Initially limited to jumping around, Lumo must find switches, items and keys to help open up new areas, all in the quest to find the bits of retro-technology that can help return him to our world. Along the way, he'll find many nods to classic games like Alien 8, Indiana Jones, Nebulous and many more. Yes, this is a game made with love for the old era of game, but has a decent modern look to it. 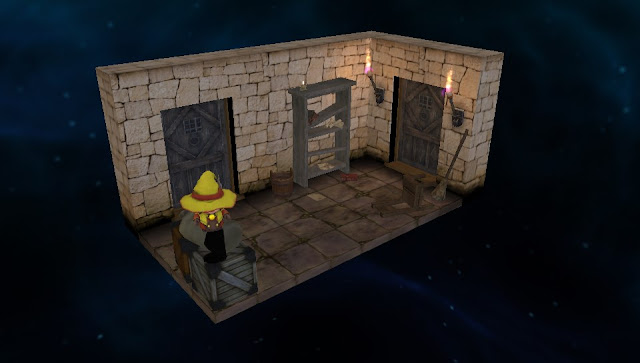 The isometric perspective may not be to everyone's tastes and some of the blind leaps and jumps aren't helped by the vagaries of the Vita's D-pad. Most areas have the odd secret or two that are pretty much invisible, leaving a lot of trial and error up to the player to try and find bonus cassettes. There are also collectibles, in the form of ducks and coins that are left in fiendishly tricky places, 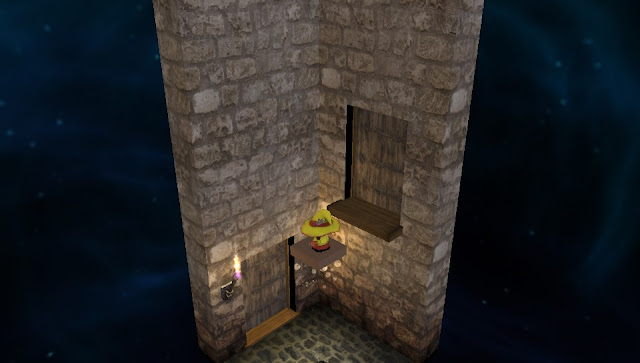 Rooms can take many forms, from long corridors, to narrow mini mazes, or tall rooms with lots of jumps. Lumo's blob shadow isn't the best thing for judging your landings, but you kind of get the hang of it soon enough, but there are plenty of leaps that feel more-or-less random. Fortunately, if you mess it up, you only go back to the start of the room.

When you've got the hang of jumping, the difficulty quickly ramps up with sliding or vanishing blocks, rolling balls, spiders, lasers and other nastiness to put a crimp in your progress. Learning the timing only takes a short while and adds to your knowledge of how to handle later rooms.

Lumo also learns some new powers over the course of the game, with his wand helping scare off the bugs and illuminate some extra steps that can make some impossible jumps possible. And just when you think its getting boring, another type of puzzle of mini-game appears to lighten things up. 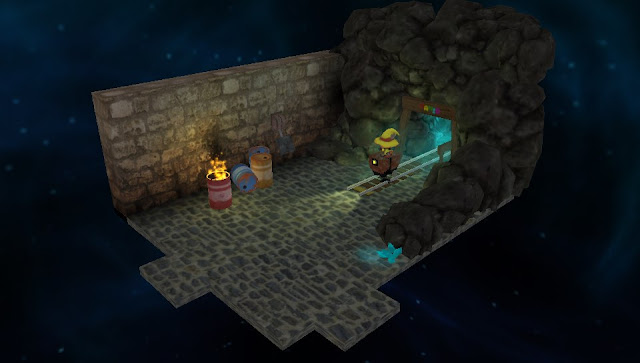 Obviously, older gamers will get all the references and feel more at home in Lumo's retro world. The game plays very smoothly on the Vita, with only a minor loss of detail and lighting over the PS4 edition.

You can rotate some rooms slightly with the shoulder buttons to get a better view of a jump, but a freer camera would definitely have helped. Although that may never have worked well on the Vita and its the same for the PS4 and PC versions.

That aside, this is a gorgeous and fun journey to take on your Vita with bite-size puzzles that will always be there for you. Maps help remind where you're going, 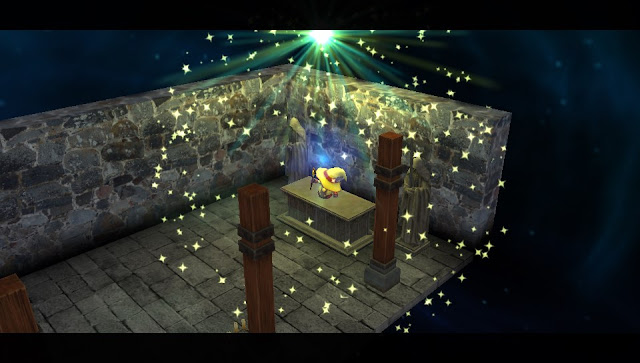 Easy to love, and providing bags of challenge Lumo could sit alongside any of the Vita's big hitters as a great game to come back to, time and time again. Let its charm light up your gaming day!