on January 02, 2017
Steer toward the light (clang, explode) okay, try the dark (clang, explode)! Such is the peril of being a lone racer in the constant time trials of Air Race Speed. Welcome to this snappy, punchy and attractive looking racer with tilt or stick steering, and a constant drive to go faster.

This mobile port from Poland is set across a wide variety of attractive levels, mostly tunnels, with some open sections or sweeping turns. It pits your skills against a growing number of obstacles, as you try to beat the gold medal time, or settle for silver and bronze to open up successive areas.

There are three tiers of races, plus a string of bonus missions to undertake, but this is a lonesome experience, with none of the competition of WipEout or even a ghost to compete against. That's a shame but otherwise Air Race Speed offers a tight selection of challenges. 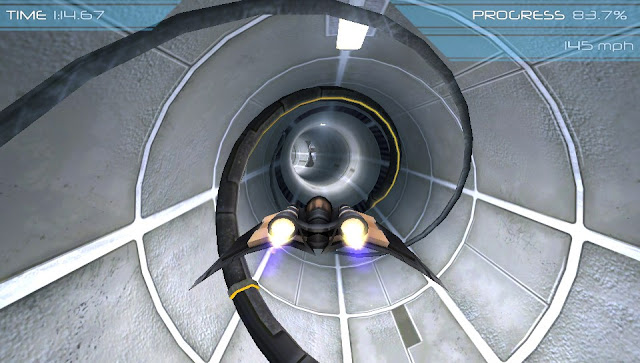 If you can focus on the times, then Air Race Speed is great fun, with a smartly-designed engine (hope the dev uses it for competitive racers or a Descent-like game next). Things whizz along at native-res and 60-fps with polished glow and plenty of extra scenery. Not that you have much time to focus on it. Note, these screens don't really do the game justice.

Win some challenges and you get faster ships that add to the mix, each with various speed, nitro and handling characteristics. Crash into one of the many obstacles, rotating arms or miss an entrance, and you get a three-second penalty, which pretty much ruins your chances of gold on Tier 2 and 3 races.

Similarly the bonus games, like flying through a series of rings - just one miss will see you fluff the whole course, but you'll soon learn your way around. Behind all this is a polished techno soundtrack which adds to the atmosphere and helps you focus on shaving those fractions of a second off per lap. 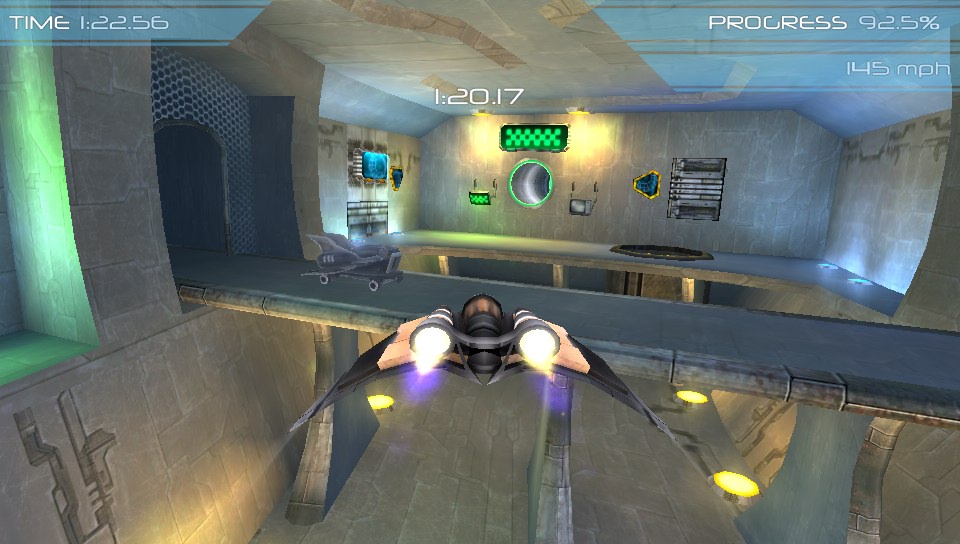 Hopefully this does well, as Qubic has Koi, Fairune and Mr Pumpkin Adventure also headed to the Vita, and the engine has loads of potential for more exciting titles. Definitely one for your short-burst page of Vita games.