on November 30, 2016
This is the 80s right (possibly the 2080s)? Everything is lit with garish neon and synthesiser beats dominate the audioscape. Neon Chrome is a building, an archology to be exact, and the bastion of the mighty Neon Corp. This dictatorial regime which needs its ass hacking off and handed to it (anyone remember Max Headroom?). 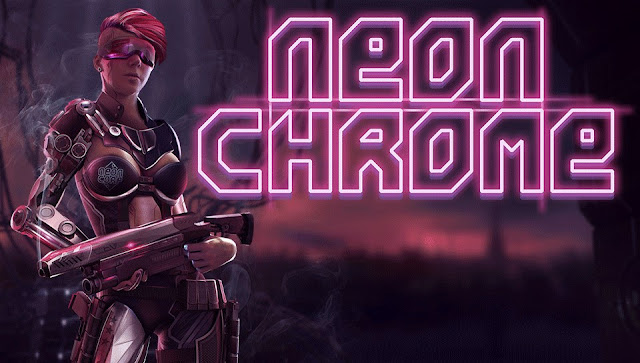 As an agent of change, you enter the battle, armed with a pop-gun and some hacking skills, and then you die after a very brief tutorial. Only to be reborn as a new asset, one of 96 random characters, a hacker, psycho, soldier, tech or other that helps change your approach to the game, as you aim to master 30-odd levels of increasingly tough techno insanity. Neon Chrome is already highly variable, with random levels and challenges laid down by the evil Overseer who you aim to topple. This gives the game its deriguer roguelike nature, as your build up assets and skills, buy power-ups and try to defeat the chunky end of level guardians. 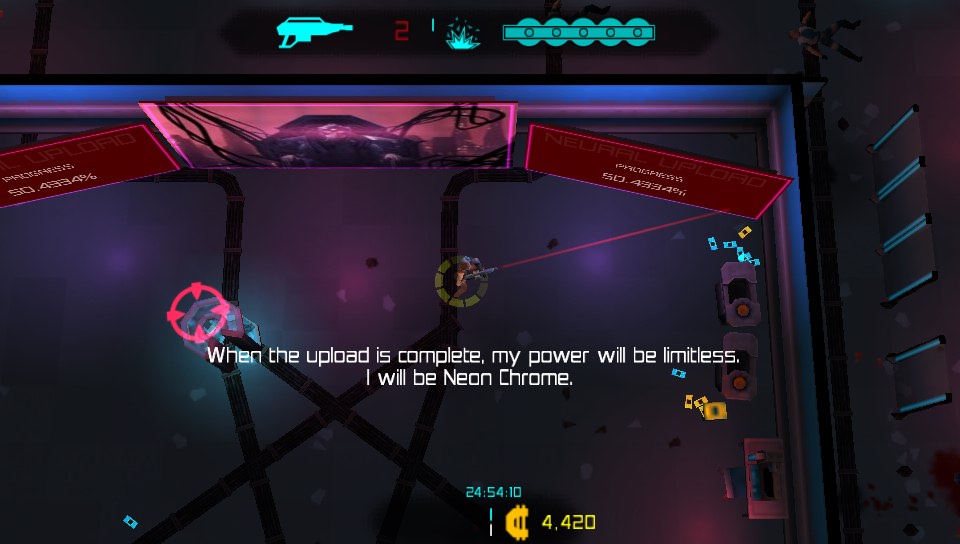 Given the game now plays in 4K on PS4 Pro, the Vita's screen does struggle a bit to show Neon Chrome to its best. But, some big-explosion slow down aside, at least those neons really pop on the OLED as you get to grips with this twin stick, sometimes-tactical, shooter. And it looks like to toughen up the end, quick run throughs are a no-no as you always have to destroy a certain number of power units to escape.

Yes, the lines are a little jaggy, and the text pretty titchy, but the raw experience of the game is there. As you storm each floor to find the keys to progress up the express elevator to hell, there's lots to loot, hack and kill, with augmentations to improve your asset's skills. Melee attacks can be used when drones or guards get too close, essential if you need to reload in the middle of a close-quarter battle. 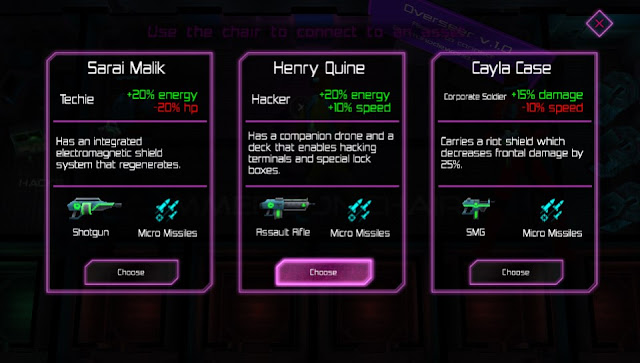 Do you go for speed, stealth or take the destructive route around each level? Handily there's a few trophies for all these approaches, but the actual levels soon become repetitive and there's all those tempting desktops and machines that you "could" hack, but remain resolutely inactive. That takes something away from the game, would have been a great way to add some back story and depth to these relatively anonymous levels. 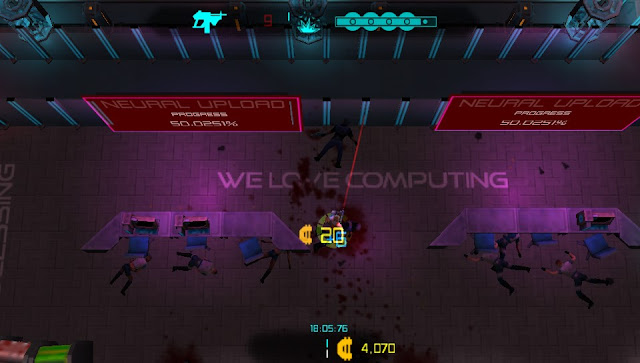 Finally, there's the music. While indie games struggle to match their AAA cousins in visual spectacle, they can leave them standing with epic scores, and Neon Chrome is something I could listen to, all day every day, pretending to be a secret agent or digital warrior.