First week of December is massive for Vita

on November 29, 2016
In Japan, on 6th December Sony releases two new colour models of Vita, plus the Minecraft limited edition. Between them, then need to help Sony shift about 250,000 units to boost the handheld's sales up over a million for 2016, a barrier it has managed to beat for the last three years. That should provide a solid indicator to Japanese developers who will continue to support the Vita for the foreseeable future. 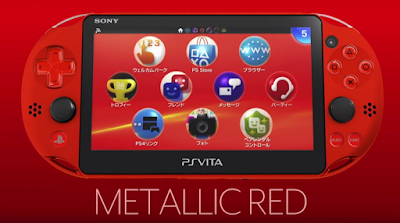 Before then, America hosts PSX 2016, in Anaheim, California on December 3 and 4. Vita owners will be hanging on for a couple of bones thrown by Sony's developer friends to keep the handheld in western developed titles. Last year, it was Double Fine with a couple of classic adventures (we still wait for Full Throttle) and Square Enix with the fun-packed Hitman Go.

As experienced Vita owners will know, we expect nothing, yet hope for something. The lack of Vita hardware on the shelves is increasingly worrying. Does Sony have a new budget bundle in the works to replace depleted stock or is that it for western hardware sales? If there's nothing being sold, then even smaller western developers will think twice about expending effort on a console with no visibility. On the plus side, some in-progress titles will be on show to remind others that it exists.

Between the two events, plus a few days for sales data to come out of Japan, we'll get a feel for how the Vita will go in 2017. There's already a modest list of games on the release list, but with the Nintendo Switch on the way, any developer with an eye on the future will likely be ready to walk away from the Vita without a good reason to support it, no matter how vocal the community.

UPDATE: Looks like a pattern is taking shape here, a trophy leak shows Lara Croft Go will release on the Vita. Despite the out of order nature of release, that's good because it means Hitman Go sold enough to make it worth Square'e Montreal studio crank out another port.

All we need is a couple of adventures and perhaps a PS2/3 era port and the Vita is good to go for another year. Personally, I'd love to see one of the PS2's or PSP's classic racers like Burnout or Midnight Club get a new lease of life. Perhaps some Grandia or Xenosaga along the way. Let us know what you'd love from the archives!
2016 future of ps vita new vita colours ps vita psx 2016 sony