on November 09, 2016
The Vita sold 9.186 units in Japan over the week according to Media Create data, with nothing likely to change much until the new colours in early December, but they should only have a modest impact. 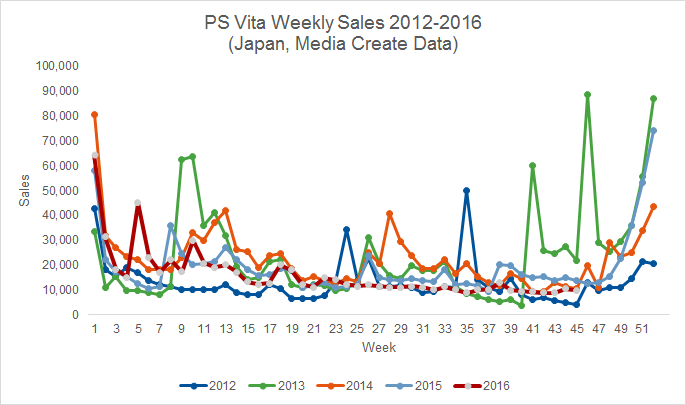 Atelier Firis is the only Vita new entry, landing at No 5 with 16,153 sales, lagging way behind the PS4's 27,300, suggesting that Sony's big console is now the dominant factor there. The top four are all PS4 games,

Sword Art Online and World of Final Fantasy sold 15.7K and 14.7K each in their second weeks on the chart, they will probably outsell their PS4 counterparts shortly.

Elsewhere, just the one Vita review in this week's Famitsu with Flowers Aki Hen grabbing decent marks for a VN, 8/9/8/8.