on October 17, 2016
The big sell for Dragon Quest Builders is oh so easy. This game is Minecraft with a proper RPG bolted on. However, even through the development and preview process, there was a fear that Square Enix would somehow blow the deal.

Of course, it is easy to forget that these guys are RPG masters, with decades of experience. They also roped in Kazuya Niinou of Etrian Odyssey fame to help with the story. And, at its heart, Minecraft isn't that hard to replicate. So, in the demo, and now the full game, it quickly becomes apparent that masterful hands have been at work. They have effortlessly combined the best of both worlds and creating a thing of beauty.

Not just for a hardened cynical gamer, but my daughter (age 8, who's previous Vita love was Tearaway) finds DQB captivating and blissfully brilliant to engage with, thanks to its clever tutorials. 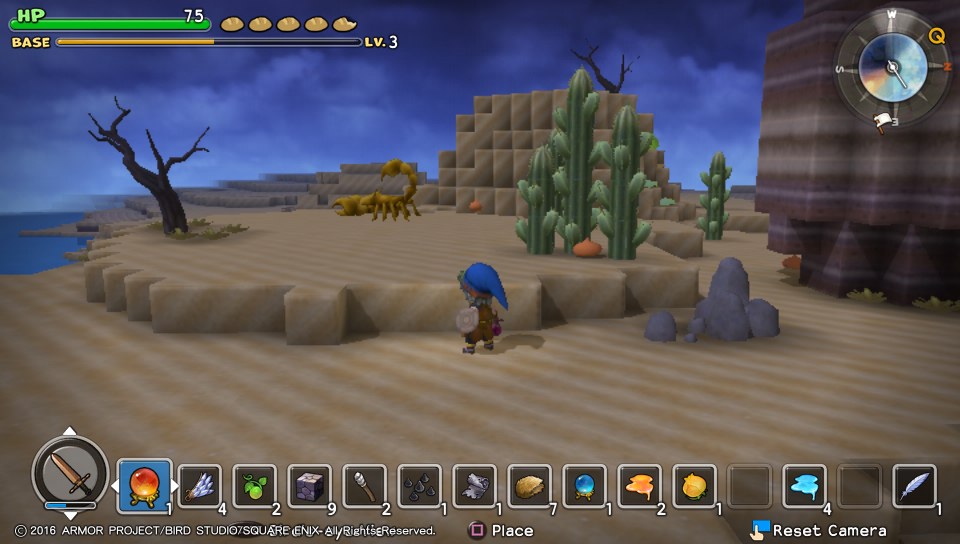 While Minecraft was relatively characterless, Dragon Quest Builders starts off in traditional RPG style. Boy or girl? Costume colours, and give them a name, "Bob" in my case. There's no classes or gear to pick, but you'll pick some up as you go.

The story and crafting elements are dovetailed neatly as a scattered bunch of humans find themselves barely surviving in a world of dragons and monsters. With some divine intervention, Bob has to rebuild a shattered village and then help restore humanity via a series of increasingly demanding missions. They balance the need to forage, to stay healthy, to build and to fight.

Each chapter is set in a different part of the world, with a major reset of your skills and inventory. However, new items, materials and a whole new story keep you pushing forward, keen to find out what's on the menu next. Once you finish chapter one, you can play in Terra Incognito mode, kind of like free play, with some social sharing elements, but no multiplayer construction.

Being Dragon Quest, there's a healthy dose of retro about the whole thing. The game looks just as good on Vita as it does on PS4, but the sound effects and transitions are as eight-bit as it gets, making for some exquisite touches. 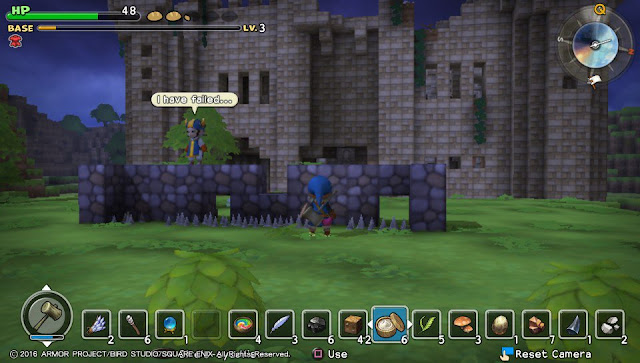 While there's no multiplayer, the villagers do start to help out soon enough, as you build kitchens, forges, supply rooms. armouries and other extensions. Not bad for what started out as a door and some mud. True pride can be taken in a thriving village, and you can spend as much time as you like project managing as you can on the adventure.

Combat is real time, and a little chaotic, as it should be, with characters swinging swords and hammers around with abandon. The bigger creatures require a little strategy to take down, but they bring their own spiky charm to the game. They also provide more items for skills that can help you zip around the landscape faster, improve your health or gear, and much, much more.


Plenty of quests and side quests mean it never gets boring, but there are some big threats to your Cantlin Island home, such as boulder throwing golems and the inevitable dragon horde. However you play the game, as a Minecraft-lite or an RPG it will never feel as deep as a dedicated title, but makes up for it with so much charm, 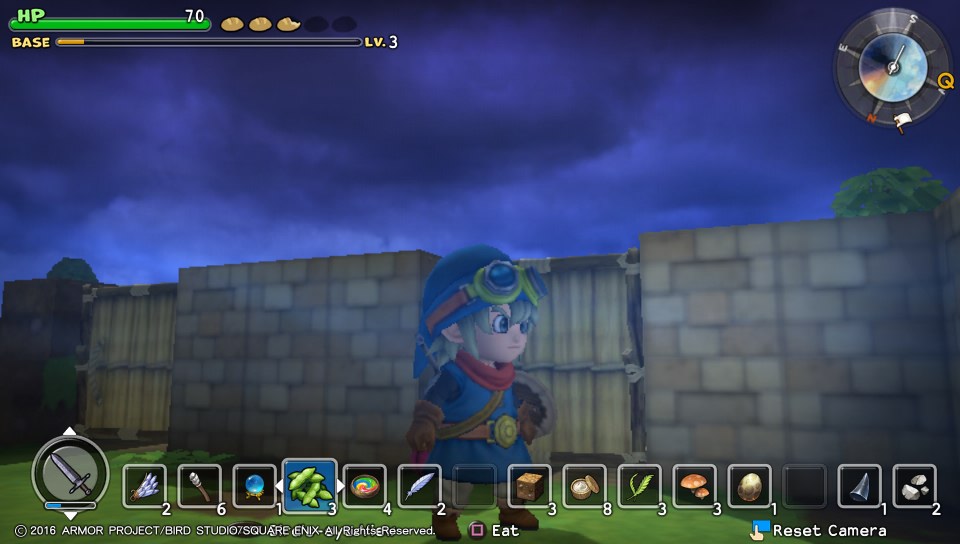 It is hard not to feel heroic when standing atop an copper-rich mountain, or to get that Indiana Jones vibe as you see a treasure chest inside a spooky hollow. And with many islands to explore via portal, and with grand constructions to oversee, even once the main game is over it is hard to see Dragon Quest Builders ever getting boring.

If you complete the main game, then there are plenty of missions that reveal themselves when you complete a chapter to add extra challenge, and the freeplay mode lets you build in relative piece and quiet.


If there is an annoyance, there is no imagination shown in the rewarding of trophies, which is a shame. And it can be way too easy to bump into the same person repeatedly, press X and trigger the same old conversation. But, these are tiny issues in a game bathed in wonderful light that is so easy to play and viciously hard to let go of.