on October 12, 2016
The latest Media  Create sales figures are out for Japan, with Idea Factory's otome Norn 9 Act Tune just about creeping into the chart for the Vita, selling 3,500 for the latest in the visual novel series.

On the hardware front, sales remain soft with the Vita selling 9,282, down by only 80 on last week. The Vita now has 12 weeks to sell 380,000 to break a million units for the year - not going to happen! Not even with new colours. 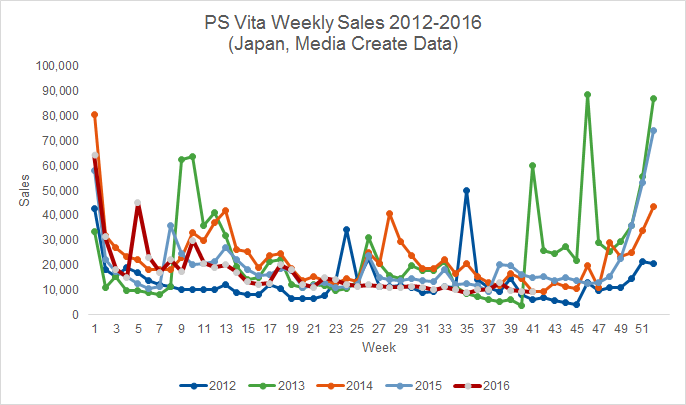 A bunch of new games hit the Vita in Japan this week, with the latest Famitsu scores being doled out as follows:

Hopefully a few of them will help the Vita shift out of its slump, but it will have PlayStation VR to cope with next week. More likely its all eyes on World of Final Fantasy at the end of the month. Last week's figures
demon gaze 2 famitsu reviews japan media create minecraft norn ps vita