on October 05, 2016
Kadokawa's Demon Gaze 2 doesn't exactly set Japan's Media Create chart alight, selling 13,500 copies on launch, plus likely a lot more digitally. The original sold 25K on launch, hitting 80K overall It lands at No. 4 in the chart, behind a bunch of new FIFA entries that still sell for some unfathomable reason. Given its longevity and western success, this will match it and also release over here.

Otome title Sparrowhawk of Saikederika (possibly) also sneaked into the chart with just over 5,000 sales at No. 11. Aside from otome titles, things go quiet again for a couple of weeks until 20th October when Macross Delta Scramble (Bandai), Idol Death Game TV (D3) and Reco Love (Kadokawa) hit stores.

On the hardware front, Sony sold 9,350 Vita units last week. That's down, but not surprising as the wait may be on for the new colour models. The portable has now sold over 670,000 units in Japan this year and with a strong festive season could yet top another million in sales. 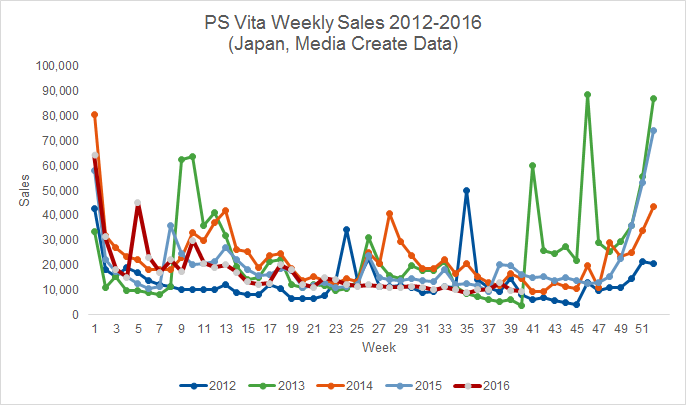