You wait ages for a Vita racing game, and we get Drive Girls

on September 12, 2016
It is funny how the PSP managed multiple Midnight Clubs, Burnouts, Ridge Racers and even a Gran Turismo, a feast of 3D racing. Yet, the Vita could only manage the one Need for Speed and that careless Ridge Racer cock-up.

UPDATE: Here's a new trailer introducing the ladies of Drive Girls, hope you aren't expecting any subtlety here! They fight, they drive, they squeal lots.

So, there was some vague hope of high octane antics when developer Bergsala (mostly a maker of Hello Kitty titles), a new name to me, popped up with news that Konami would show its game at TGS. Unfortunately, the early screens shots show off some horrendous panty-sniffing exercise, where the girls transform into cars. 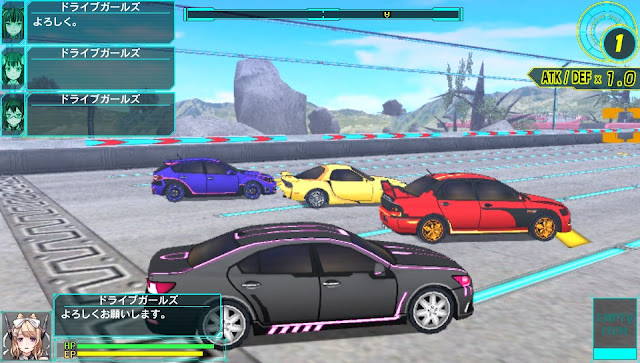 The cel-shader racer part might be interesting, but crossing that with some very low rent characters (I won't even bother with a pic of them) makes the whole thing look pretty grimy. If you want to google these poor under-clothed nymphs, check out 4Gamer.
bergsala lightweight drive girls japan ps vita