on September 14, 2016
I do love a good old-fashioned shooter and, the odd quirk aside, Sky Force from Infinite Dreams hit all the spots in both its original PSP outing and the new Anniversary edition that now graces PlayStation consoles. It looks and feels very much like Sine Mora tipped on its head, with a bright sky full of planes and verdant forests full of tanks and installations to batter, or 1943 without the loop the loop. 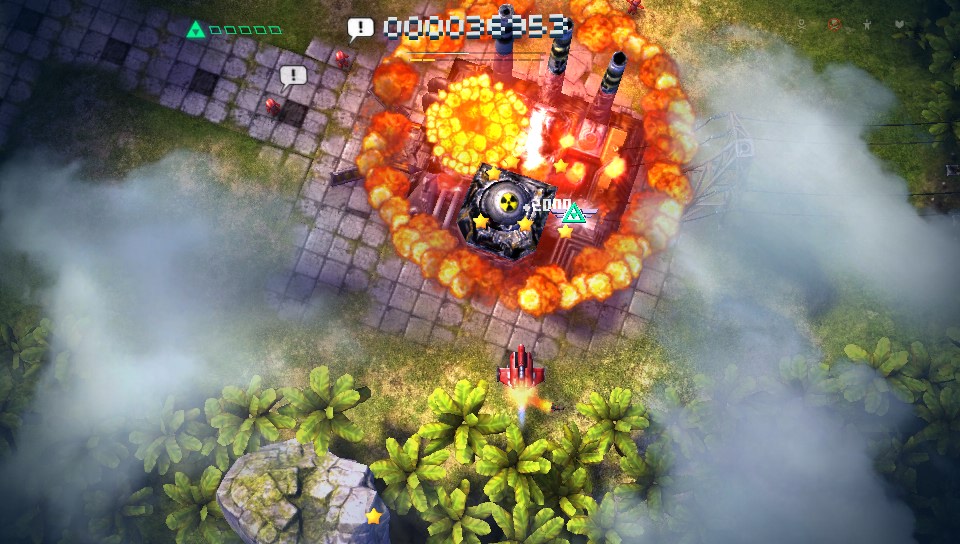 Rather than a level by level approach, you'll need to scamper back and forth to complete each level's missions and acquire enough stars to upgrade weapons to achieve some of the objectives. There are nine levels and each offers a take no damage, rescue all the people, defeat 70% of enemies and defeat 100% of enemies mission, or collect enough stars. 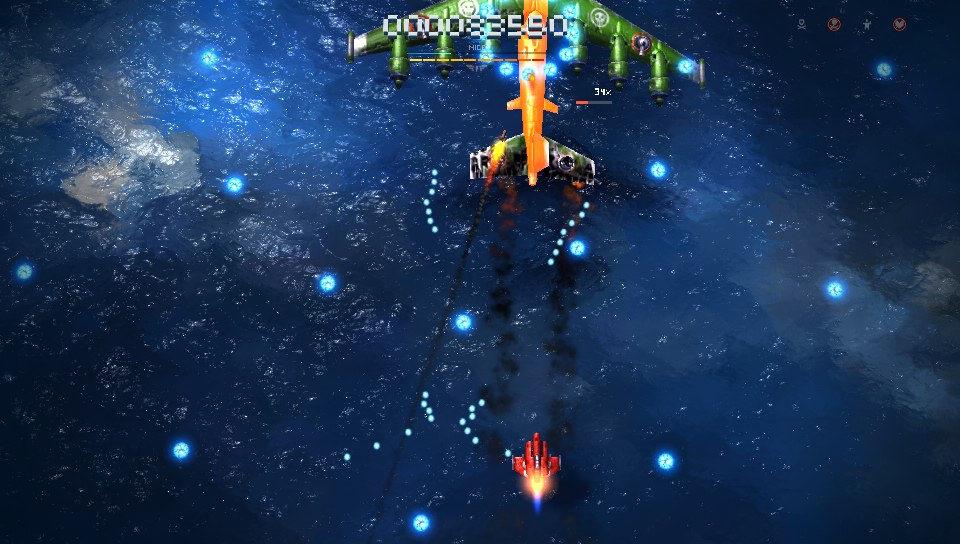 Getting one or two of these mini-achievements is pretty easy to do, and finishing a level opens up the next one. Nip back to the hanger to add bombs, lasers, shields, and better defences or upgrade any of them, and you're back in the melee. Also on the ground are bonus targets to hits for extra points or gear. While in later levels, the enemy can disable your guns turning the game into a panicked dodge to survive mission.

The game does fall down in a couple of places. Its idea of "weapon upgrade" during a level is just faster fire - in my book of shooters, five weapons upgrades should see my craft spitting hellfire out of every orifice - all the real upgrading takes place in the hanger. 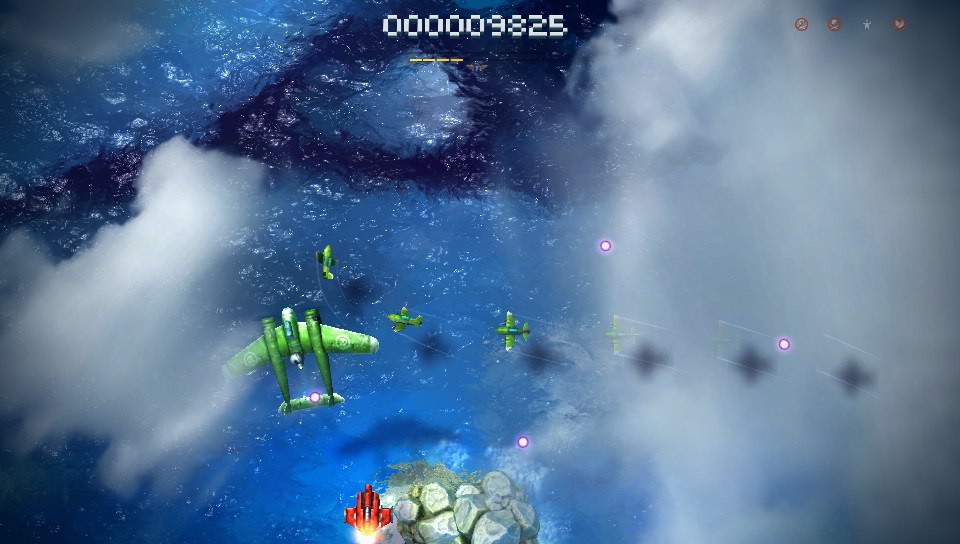 Also, you can buy some extra laser shots and if you die in the level without using them, say you were saving them for the end of level boss, you lose them, which is a massive waste. That's likely due to the IAP nature of the mobile version, which thankfully isn't replicated here but still skews the game slightly. Instead you can find hidden cards to get some rare bonuses.

The Vita's small screen also makes it hard to spot some features and you may miss a bullet among the stars, which can ruin your effort. Otherwise this is pure shmup territory, regular patterns to master, tricky situations to rescue people from and relentless fire from the big bosses at the end of the levels. The weather adds to the ambiance and while the music could be beefier, the audio side holds up pretty well.

If there's any chance iDteams can port Raiden, 1943 or any of those era shooters to this engine, how amazing would that be?