After a long break, Vita gets a Japanese No. 1

on September 28, 2016
It has been quite a while since a Vita game sat atop the Japanese chart, Gundam Breaker 3 in March fact fans. And, after a lot of self-hype from Aqua Plus, I was expecting a few more than 47K sales for Utawarerumono, the tactical RPG crammed into a visual novel.

Still, it managed to outsell the PS4 edition and depose Persona 5 from the top of the Media Create chart. The sequel has already done better than the original managed in an entire year, according to the publisher, so expect more from the series in 2017.

Minecraft is the only other Vita game in town, stoically marching on to 900,000 boxed sales. Demon Gaze 2 is out this Thursday in Japan, so should also make a decent entry next week.

Then, things go quiet until the middle of October when launches get pretty mental on the JP release list, culminating in World of Final Fantasy, SAO Hollow Realization, Neo Atlas 1469 and Berserk on 27 October.

A shame Sony couldn't get the new colour Vita models on sale in time to benefit!

Even that release can't boost Vita hardware numbers, dropping just below the 10K line of stability. Don't expect much to change until the end of October 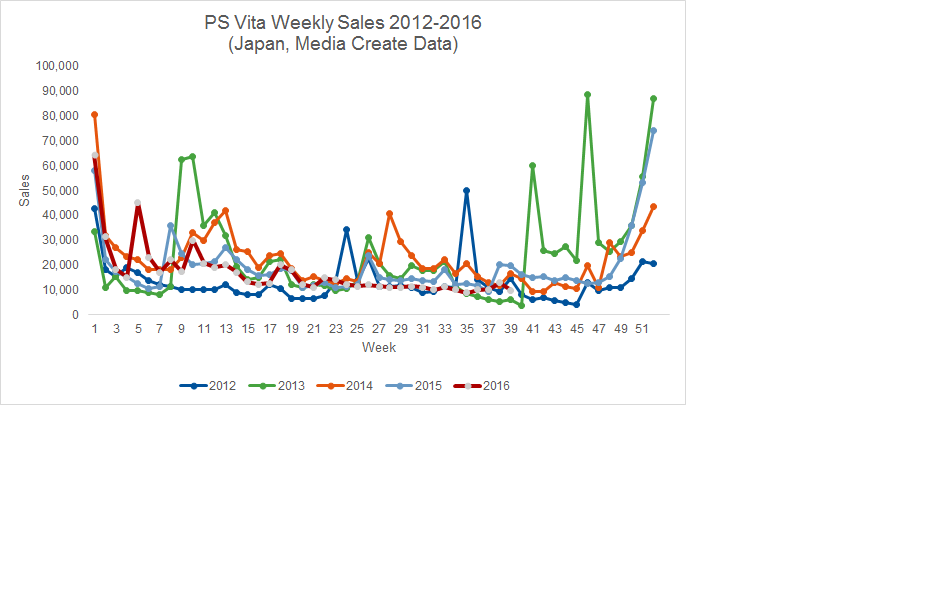