on August 03, 2016
Okay, this is officially a flat (red) line, Vita sales have remained pretty much the same for the past 10 weeks, hovering around 11,000 sales. Even the arrival of Toukiden 2 this week failed to help shift units, in fact they are down by a couple of hundred on last week. 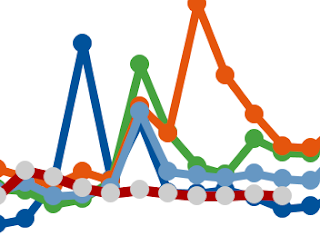 Koei's latest monster hunter managed to hit No. 4, which suggests there won't be a Toukiden 3 any time soon. On the plus side, the Vita version of Toukiden 2 outsold the PS4 edition by 13,000, with both version selling over 100K combined. Unfortuntaely, The Longest Five Minutes looks like it will be luck to last two weeks in the chart!

As for hardware sales, it will take a miracle apparent to budge the Vita from this line, surely some new models from Sony need to be forthcoming ahead of any NX news to build a growing trend. 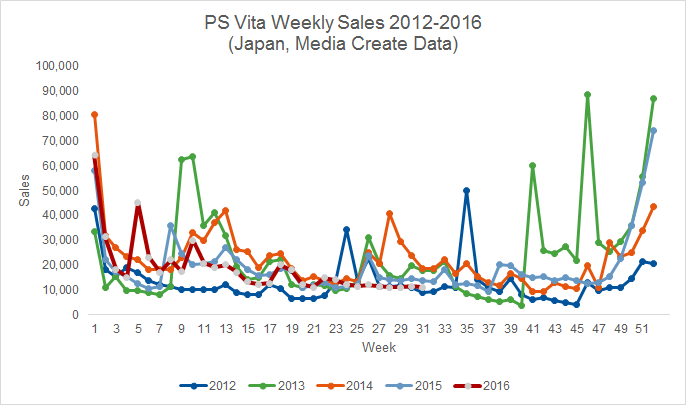