on July 20, 2016
After NIS's Grand Knights History on PSP failed to make it west, it has been a long wait for something similar. Now Grand Kingdom is finally here to pick up the slack, putting us in the tough leather boots of a bunch of mercenaries who can influence the outcome of kingdom wide battles by sticking those toecaps into the ribs of many enemies.

With the usual nations in peril and at each others' throats backdrop, at its most basic, Grand Kingdom see your party running around a mission map with a range of objectives, collecting, fighting or exploring.

Some "traps" litter the map, like rain, storms, thunder, weak bridges, rocky ledges and so on to slow the party down, and the clock is usually ticking in the form of move limits. When the squad comes across an enemy, we enter turn-based combat mode which is split over three rows to give some depth to proceedings. 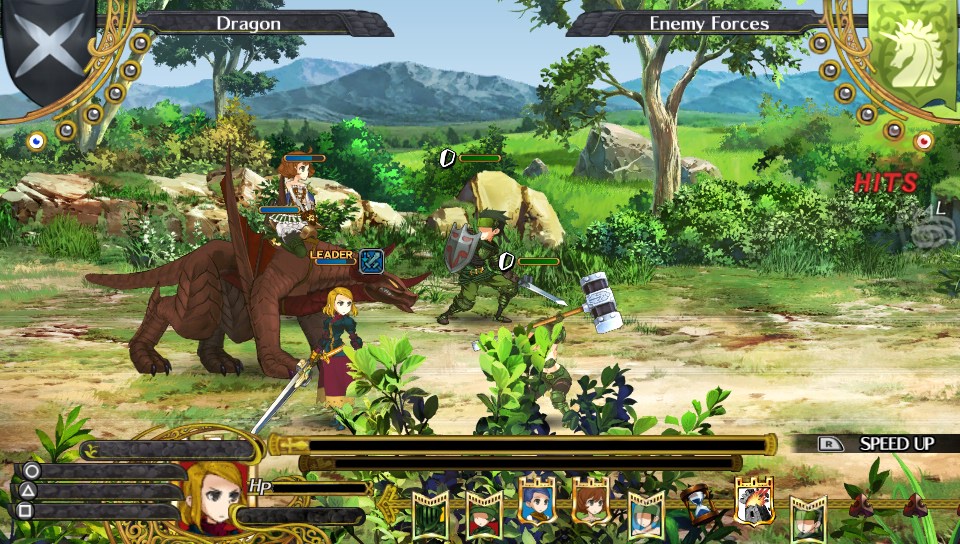 With limited turns, each party member can move, attack, defend, cure or use spells or ranged weapons, depending on their class. Defeating the enemies is down to tactics, or in the early going just plain thuggery as you pummel everyone in sight. Soon, the need for tactics becomes apparent, your big sword or hammer wielding types can swing their weapons reining havoc down upon friend and foe. Then, just wait until the dragons or support artillery get started, running away can be a useful option.

Being in the right place at the right time can be vital, and battle maps too can be littered with tricks, traps and obstacles on both sides to make winning trickier. Ranged weapons have an extra component of timed aiming to get right. As you gain experience you can perform party combos

Complete a mission and you get some goodies, with more resources, treasure chests and other extras tucked away in corners of the main map. Find these while completing the main mission, usually find x items, defeat x warriors, protect so and so, and you rank up, gaining new skills. There are lots of customisation options, so the game has plenty of depth, but we're digging with a teaspoon here, not a shovel. 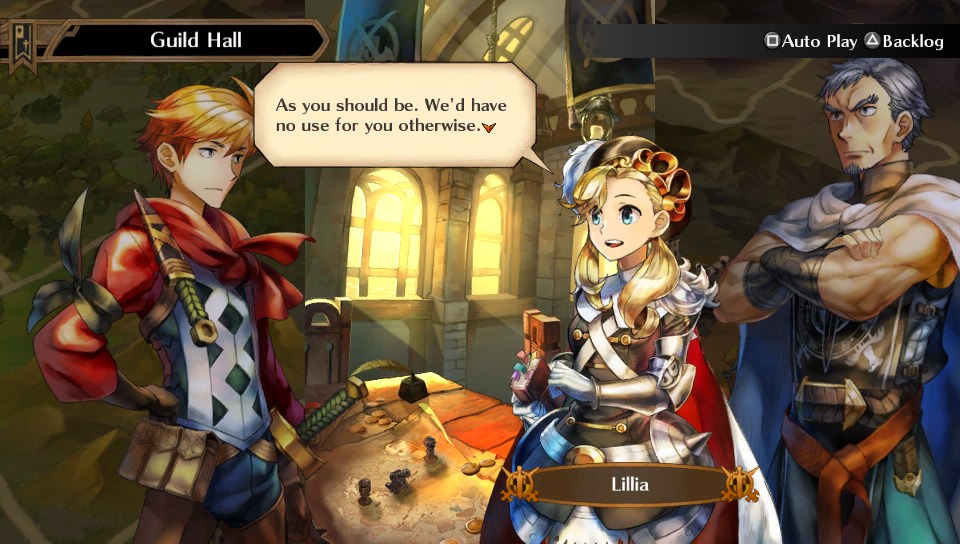 Among the interesting features in Grand Kingdom is some actual encouragement to avoid combat, giving you options to sneak past or delay opponents. That's a refreshing change, however, many things bug me about the game, from major annoyances to peculiarities or quirks. I'd compiled this little lot with just a few hours of play, so I'd imagine there's more to uncover... 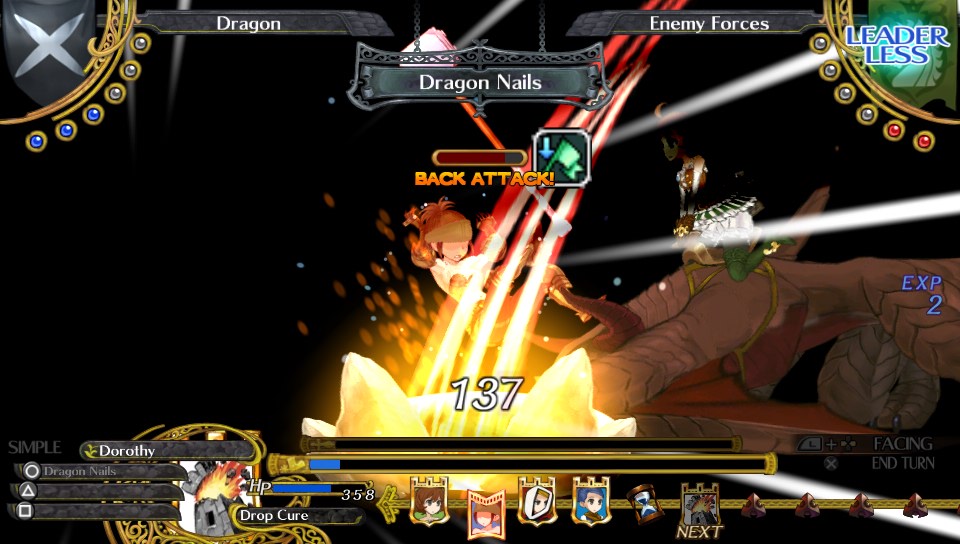 Having been playing Odin's Sphere at the same time, it is harder to love this game due to its lack of polish and the distinct lack of joy within. Exploring the different cities and creating alliances feels to much like hard work to be fun, even the dash of multiplayer through alliances fails to light the game up. Everything feels a little forced or generic and despite plenty of tactical depth, I'm struggling to love it.

There's little inherently wrong with Grand Kingdom, it perhaps just came out at the wrong time against some gorgeous competition and feels rather bland in comparison.