on June 30, 2016
I knew a fantastic girl called Sophie once, but this one is very different. In most RPGs, the hero heads out and rushes into adventure, all strutting and heroic. In Sophie's case random things keep happening to her, people turn up randomly and requests are dropped on her like confetti. The adventure, like her life, is all a bit of a mess.

Her adventures take place in and around Kirchen Bell, a weirdly Germanic town populated by all sorts of weirdos with psuedo-Germanic names, who hang around in one place, spouting useless information. For reference, this is my first Atelier game, so if that's par for the course, I apologise for wondering about all this stuff! 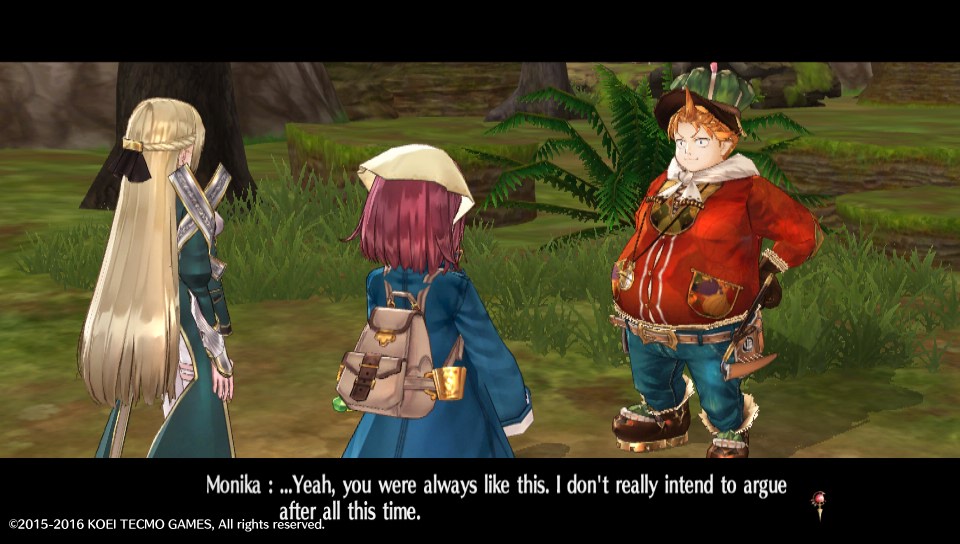 The adventure itself is focused around an amnesiac talking book, Plachta, and a bubbling cauldron in which our alchemy student can drop the many things she finds. These are used to create potions, items, materials bombs, and many others items to help out on quests or to complete requests for friends and villagers. The quality of ingredients, the way they are put in the pot, via a clever grid system, all help define the final product with buffs adding to the task.

The world of Atelier Sophie is a little primitive, with graphics on the simpler side compared to some recent RPGs, but it is bright enough with changeable weather and a day/night cycle. Head to the cafe in town, and you can pick up requests, quite a few of which you may already possess the goods to complete, making them rather redundant, but a quick source of money.

Outside is a store to pick up some rarer herbs or fruit, or you can sell your excess stock. and around town are book stores, a blacksmiths for new, improved weaponry, a tailors for armour and other places to visit from time to time for new equipment, including a clock maker who is tinkering with those new-fangled gun things. 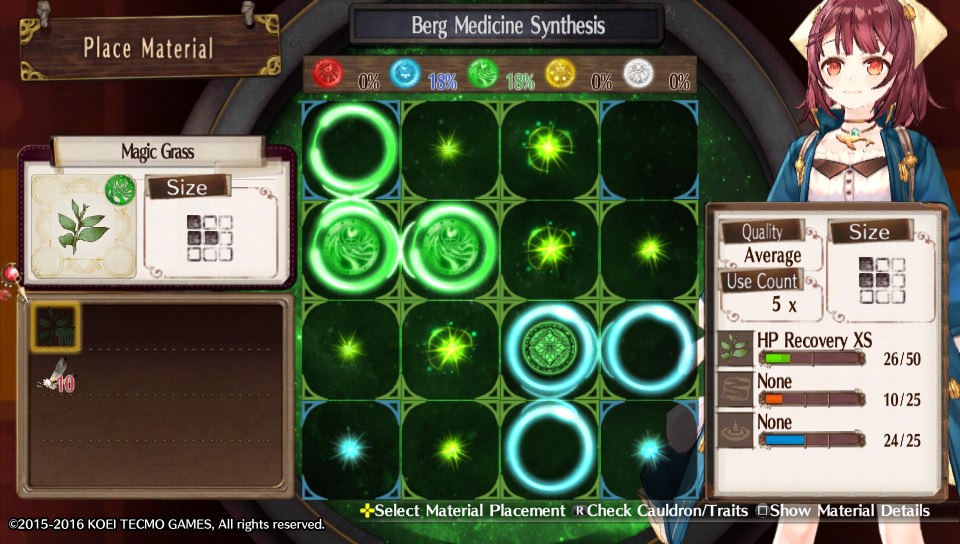 Take a tour with Sophie

Out in the wilds, the world map shows you where to go to complete some, but not all, missions. Complete enough of the main story and other routes to parts of the kingdom open up. Each area is pretty small and generic, but full of stuff to collect and varying types of monsters to battle. Some drop chests for extra goodies, but most leave behind just their skin or gems for use in your potions.

Combat takes a 1-2-1 formation with Sophie usually at the back, casting spells, lobbing bombs or doling out health potions. Put a fighter up the front from among her friends, Julio soon appears to help in this, and some mid-rankers in the centre to form a decent party. Chain links and other special attacks will improve combat performance, but progress is slow and there's a constant need to go back and forth for supplies.

While out of battle, forming strong friendship bonds will also help characters develop. People have skills and desires you can help bring out, and many of the trophies are awarded for helping play the social side of the game, making it less of an off-shoot than in many RPGs. To save some repetitive crafting, there is someone in town, Corneria, who will clone items for you, for a fee and auto-replenish stocks, which takes out some of the grind.

One minor issue I have with the game is that why does a hippy atelier and her flower loving friend always resort to violence to solve so many of these quests, it all seems rather simplistic. Instead of "kill the oversize fish obstructing traffic", why not "lure them out the way with a fishy potion"? That would at least add some variety! 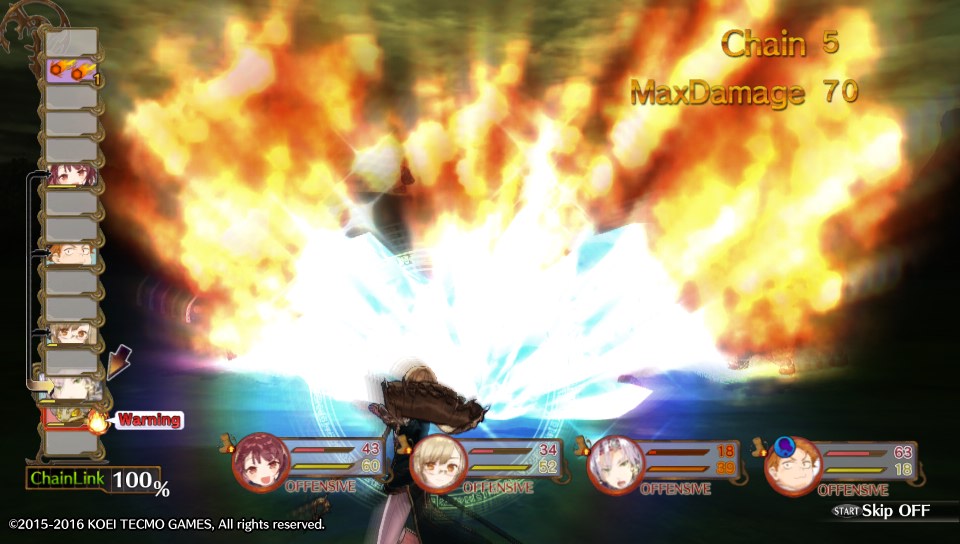 The tick-tock of Atelier life

If Atelier Sophie were a drug, it would be the one that governments put in the population's water to keep them placid. It is a pleasant Sunday afternoon stroll, a tea-and-biscuits with your nan, or a Miss Marple adventure. There's no threat (dying just returns you home) there's no real sense of drama beyond mild intrigue. Harder beasts appear from time to time, and come as a bit of a shock, but you can soon level up weapons and skills to overpower them.

The intricate wheels of the crafting systems and raw goods, the need to improve your party's armour and weapons, and resupply tick ever onward, but at a pace that you only really notice when the low-battery alert appears (again). Sophie is addictive, fun and charming, and if you got pissed off with the annoying RPG tinkering of games like Ray Gigant, then its a welcome step back.

If you want to dig deep, there's a huge spreadsheet worth of materials to master and items to craft as the creatures inch up in toughness. There's even weird (and pricey) DLC like an £8.99 doll making costume set if you want to really settle into village life! But, if you just want to amble around town, venture out for some harvesting, the game will let you play at your leisure, and is effortless to play and enjoy!