on June 17, 2016
Well, another E3 drops back into the rear view mirror, and as ever Sony maintains its undignified silence over its handheld during its keynote and on the show floor.

However, there was still plenty of good news to be ferreted out, with three new games announced via the PSN blog. with platformer Rabi Ribi looking the best of the bunch. All-new games mentioned getting western releases include Berserk and Akiba's Beat.

There were also show specific new trailers for the likes of God Eater and Attack on Titan from Bandai while Falcom are hard at work bringing Trails of Cold Steel II our way.


Indies are large in the Vita's future with the cool Strength of the Sword Ultimate coming along nicely. Long lived platform series Shantae looks the business in Half-Genie Hero, and since Sony couldn't be arsed, someone put together a decent sizzle reel of the current crop and future releases! 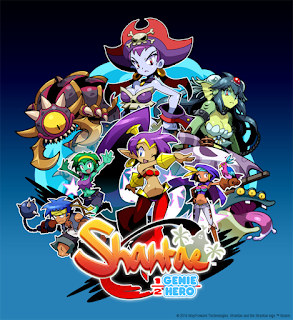 Japanese games and western indies are pretty much the Vita's future, so as long as you like those stick around. The release list is now fattening up for 2017 and more games are on the way, with more developers taking an interest. Expect things to quieten down for next week, but after that its game on with the Vita!