Something else for me to learn, Osomatsu-san!

on May 13, 2016
Who the, what the, why the? I'm guessing this is the Japanese Family Guy or something. Never having heard of it before, but apparently its the Vita's next big thing. Very big! Very, very, big. if you believe the gibbering rattling around the forums.

A big hit last year in Japan, my research so far suggests it involves a family identical sextuplets, shouting, cats, screeching and big teeth. All these is the one piece of art for now, even on Amazon Japan, but I'd imagine the game will follow the manga and anime lines. 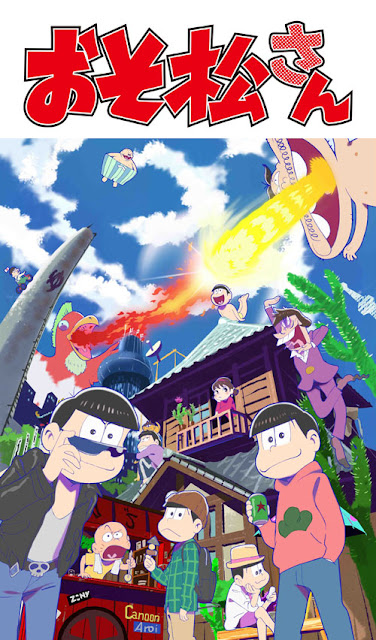 Idea Factory is releasing an Otome title based on the series, as a Vita exclusive. So, I guess its time for me to binge watch that, having just finished finding out what the hell Attack on Titan was all about.

Depending on where you read, it'll be crap but huge, great but niche, and already western anime fans all calling for a translation. To boost sales in Japan, there are six special editions, one for each main character, which seems a big stretch. Release date is 2017.
idea factory osomatsu ps vita