on May 17, 2016
Wow, having been stiffed on some DLC in recent LEGO outings, it looks like the Vita version is nudging closer to console parity. TT Games is bringing the Agents of SHIELD crew over to the game for more superhero mashing fun. In the bundle of characters, you get Koenig, Cal, Deathlok, Fitz, May, Bobbi, Raina, Jemma and Daisy. 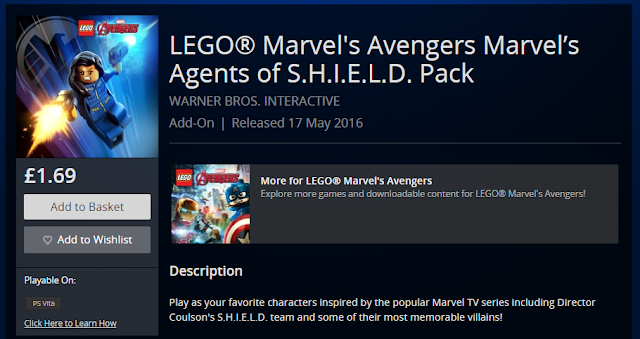 While the Vita version doesn't quite have the full open world, the portable experience is now a fair bit closer to the full-fat consoles and if we keep getting the DLC, then many thanks to Traveller's Tales. Next up is Lego Star Wars: The Force Awakens, can't wait to see what goodies we get with that.

The UK team has been doing Lego games for six years now, hopefully Warner will let them try something original soon.