on April 26, 2016
Take a dash of Fruit Ninja or Iron Chef, a slice of Dungeon Master, add a whiff of mystery and get Leonid Afremov to choose the colour palette, and we have Severed, possibly the last western Vita exclusive. Thanks to Drinkbox for that, who also brought the delightful and equally radiant Guacamelee to the Vita.

A tale of revenge and hacking things up, Severed pitches you as a warrior girl, Sasha, into some light dungeon puzzling and a lot of slashing. The game starts with your home trashed and your family missing. A little searching through some old-school RPG rotate and square-by-square advance mechanics find you exploring the remains of the house and a nearby woods for clues. 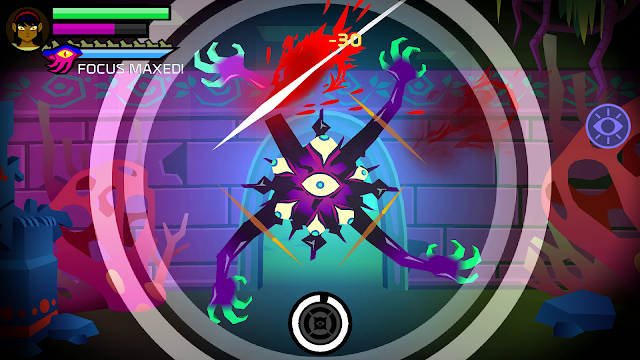 Each area has a few secrets in them, often indicated by flash as you pass by, so paying attention is critical. As an old school gamer I'd prefer to find the secrets myself, so I tapped every twig, brick and statue in the place, mostly to no avail - something that Severed could have better utilized.

In the first castle-like levels, puzzles, tricks and traps abound (do take notes) but that all goes out the window when you see a wisp in the distance indicating an enemy. To defeat the denizens of Severed, you need to get your blade out and go chopping via the touch screen. Advance further and you travel through dungeons, the innards of giant worms, and other more depressing locations - all smartly lit with increasingly tough combat along the way.

Your efforts at combat have to be both precise and furious. You might start off slicing crazily away, at a single enemy, but you'll soon learn that chipping away at a weak spot, and then blocking accurately as your enemy tries to strike is the only way to win.

Get things right and you can dispatch them with ease, and cleave off their limbs to collect as ingredients. Get it wrong and your feeble health ticks quickly down. In between battles you can restore energy with fruit found growing on a few trees. 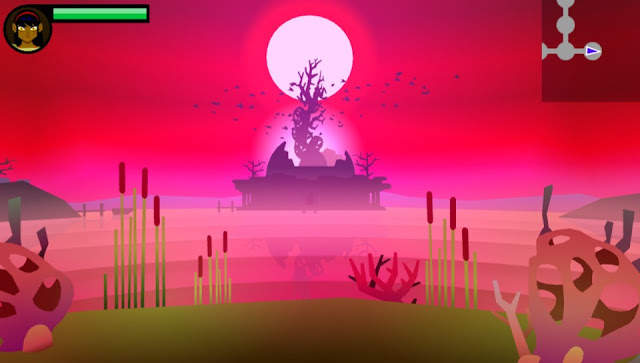 Unlike most RPGs, where the opposition lines up in front of you, as you venture further, these curiously designed freaks will gang up around you. Timers count down to when they attack, so you have to face the right way, at the right time, remember the rules for each hellish creature and flick or slash with efficiency to win the battle. Fortunately, death only takes you a few steps back (and refills your health), allowing you to retry until you master the patterns - if Drinkbox had added a rhythm action section, this could be up for the best genre mash up of the year. 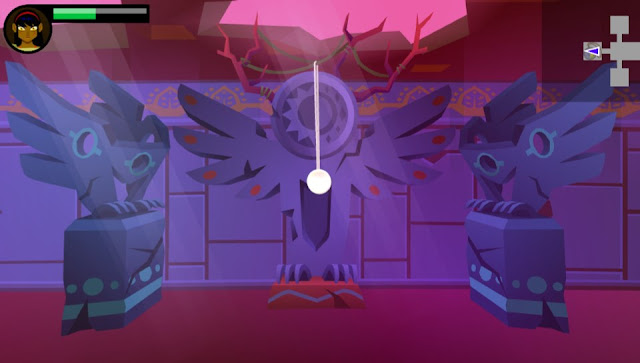 To add a little complexity to the game, most beasts if severed correctly will drop limbs or organs that you can use to conjure up some greater powers, or you can slash open large jars around the mazes . There's several skill trees to build up through to improve your defences and attacks through uprated stats and skill percentages. Get a little way into the game and you can transmute these organs into different types to help craft the character more to your liking. 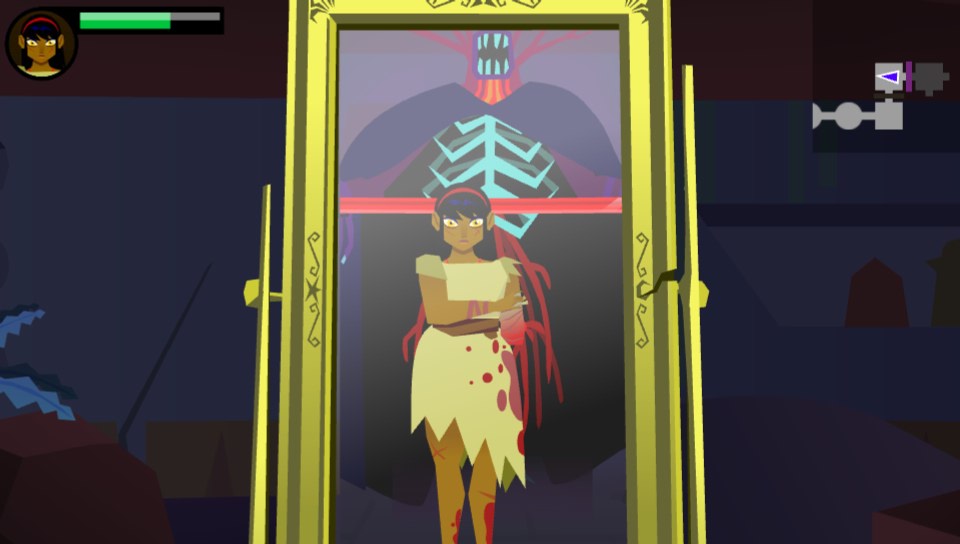 Also, as you beat the bosses, you can pick up greater armour that offers more skills and powers to turn that slip of a girl into a serious warrior. These have their own skill trees, so every big step you take in the game, gives you something new to play with. To make things harder later in, the enemies have their own skills, better defence, faster attack, so you need to reconsider your order of battle. They can also limit your powers, but you can steal theirs later on - which makes the battles a little less fun, and you'll hate retrying the tougher encounters again and again.

That kind of dulls the impact of the game for me, a shame as it was all going so well for the first few maps. So, Severed is a pretty rapid, simple but focused game with fiendishly designed mazes, with the skill coming from your ability to slice and dice as accurately as possible. The maps, tricks and traps all play their part, and the gorgeous colour scheme and soundtrack keep you immersed. In fun terms, it is not up there with Guacamelee, and is seriously hampered in replay terms. I've even avoided showing monsters and key locations in the screens to prevent spoiling them!