on April 14, 2016
Look at that, bang on queue Vita sales drop as we enter the quiet patch of mid-April to the end of May. Vita sales were 13,278 down just under 4K, with nothing major happening in the software chart.

Only Idea Factory's Brothers Conflict: Precious Baby managed to creep in at No. 15, while Minecraft retains its near-permanent place in the top 10 and Hatsune Miku is already heading to the exits with a total of 84K sales.

That's not to say nothing is coming out over the next month, Japanese gamers have Phantasy Star Online 2: Episode 4 Deluxe and One Piece: Burning Blood next week, with Rose and the Old Castle and Jikkyou Powerful Pro Baseball 2016 the following week, but those aren't likely to threaten the top of the chart. 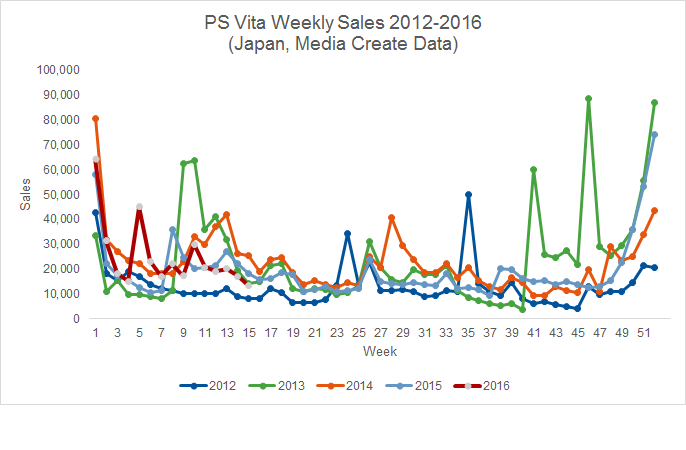