on February 12, 2016
So, here I am, with a couple of grey hairs in my temple, finally playing a damn monster collecting game. I've avoided the little rascals on TV, games, magazines and lunch boxes for decades, but, finally, they have me pinned down.

Digimon lands on the Vita, ironically in digital-only form with the PS4 getting a retail release. Great rival, Pokemon, as far as I can tell, has never tried to stretch its boundaries too far. Yet, Digimon has a great feel of the new and exciting to it in this mixed-unreality-based adventure.

The plot, in short, sees people who spend time in the game's EDEN virtual reality ending up in a real life coma. You're Takumi, one such unfortunately gimped individual. Handily, your cyber consciousness can float between reality and the digital realm to do some detective work to uncover the truth, spread along some 20 quickfire chapters. 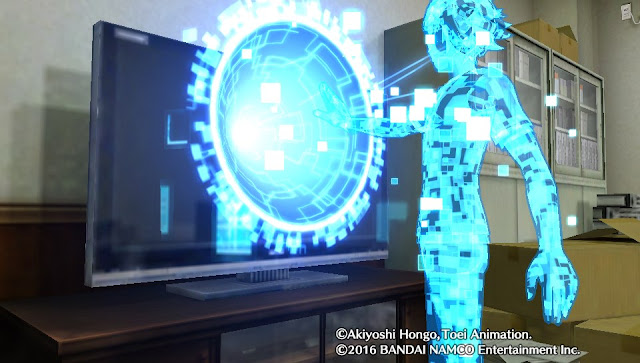 Along the way you meet a bunch of hackers, their Digimon pals that do their battling for them and many slightly dubious characters. Befriending a detective, Kyoko, and a cyber guru, Mirei, they direct your movements between the two worlds. Pick up a mystery case, do some digging, searching or questioning, and you expand the map, your contacts and grow in experience.

As the plot thickens the two worlds start to merge, threatening everyone, so no pressure. Your detecting work soon sees you adopt a small herd of Digimon to fight on your behalf. You can train them on their little islands to help find out information, or to make them stronger.

The islands themselves can grow, provide resources and make a useful sub-game, bringing you additional supplies, information or currency.

While I let my kids happily play Pokemon until the Raichu comes home, Digimon has some darker moments. Story points straight out of Japanese horror movies like Ring and harder sci-fi stuff mean I'd rather not let the under-10s lose on this world just yet. It's not scary per-se, just a little unsettling. To its credit, any game that mentions Tesla, Schrodinger and others is okay! 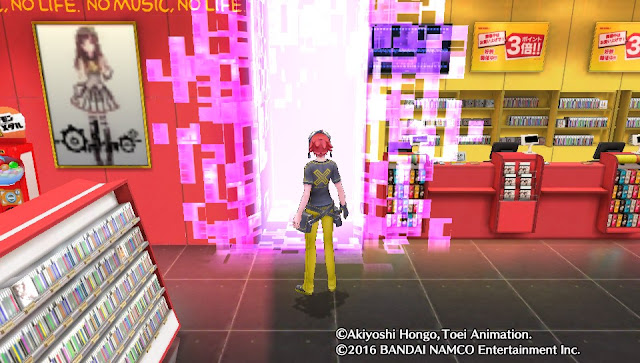 Those Digimon used in battles, and there are many scraps along the way, will level up fast and can soon evolve into new forms. Perhaps I'm missing something but most of the evolution is pretty random and doesn't really aid the game or help form a bond with your beasties. You can also evolve and devolve them to create new or more powerful beasties.

In Normal mode you can squash through most enemies in a single round, things are only slightly tougher and more rewarding in hard mode, but combat does drag on, and if you want to advance the story, random battles and endless retracing of steps can really get in your way. Fortunately, you can autofight most of the early battles, and speed through the animations via a setting tweak.

Combat is turn-based and you need to match attacks to an enemy's weakness, or make sure you've armed with the right equipment to keep your team in top shape. Using health and cures along the way will help, but there's very little actual threat in the five half-dozen chapters. Again, in normal mode you can crash through battles without worrying about strategy. 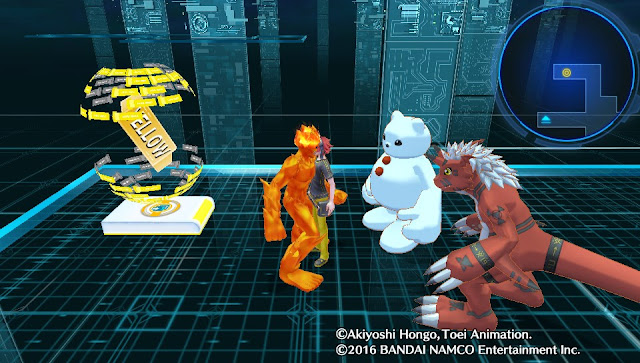 Your detective character can also mature in stature as you solve cases, using done by talking about key phrases. Running around the small maps soon becomes rather a chore, sometimes you leap from place to place, but mostly you leg it around, wondering why your cyber-genius character can leap a small gap to shorten the journey!

On the plus side, accessories like Export and Escape doodads can move you around fast, or get you out of a tight spot, boost your Digimon powers and so on. Not go good is the lack of a flexible camera, the right stick zoom only helps a bit. So, you often have to wander into areas just to check there's nothing there, dragging out missions further. 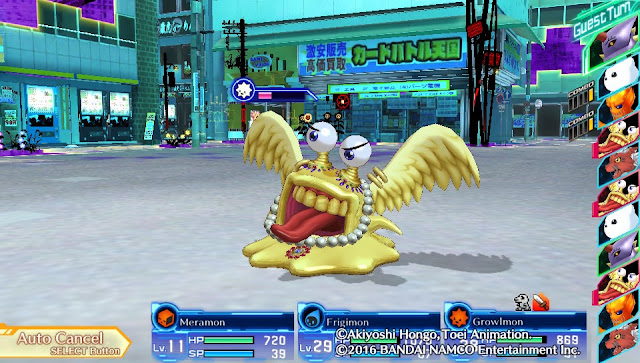 Fortunately, the plot and missions are so fun, it is hard to feel down about all the legwork. Especially, when the world of Cyber Story is so vivid and sharp, just a shame so much of it could have been replaced by an auto-accept mission option.

While the visuals are high on the clarity scale, some of the quests and instructions are pretty messy. It is easy to miss someone you need to talk to in the warrens of the shopping mall, and once my party of bulky warriors obscured a tiny Digimon right by a portal, so I spent an hour wading around levels looking for him.

Other quests involve a lot of pointless back-and-forth, while you can go into some shops, but not all of them, and some regular figures say the same thing endlessly, breaking the whole "real" world, and making it feel a bit rushed or unfinished. 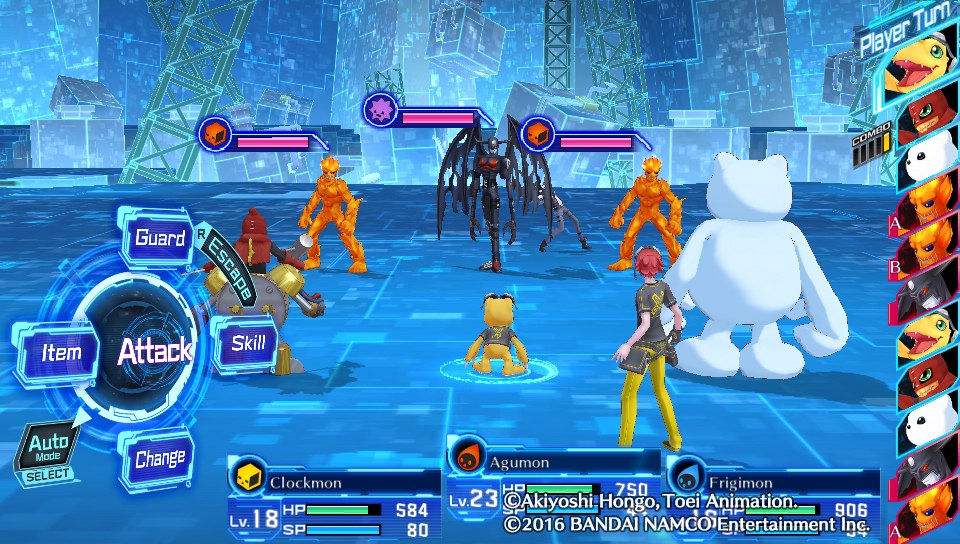 Along the way you can divert from the main game by checking in on your Digimon on their training island, feeding them super foods. The endless collecting trophies will add to the challenge for completionists. I suspect for most though, its a shame there's so much repetition and going back and forth, especially when you just want to get to the end of the story that it becomes rather intrusive.

Overall though, Digimon on the Vita is damn triumph, mixing the monster collecting genre with a fun little mixed-reality romp. I can't imagine it being as much fun on the PS4, especially with the tiny portable focused levels, so yay for the Vita.