Grand Kingdom limited edition looks great, does Europe get one?

on February 03, 2016
NIS America is providing fans with another treat when it comes to the summer release (17 June) of Grand Kingdoms. Look at all that lot, and then sigh when you consider that Sony's idea of a limited edition was a random bunch of voucher codes for duff games.

Then you'll notice that its for the PS4 version only, even though there's a physical Vita release. The US NISA store seems to be offering a Vita version of the Grand Edition, so what's going on? The EU press release mentions on a PS4 Limited or Launch edition - I'll try and get an answer!

UPDATE: NISA got back to me and let me know that Grand Kingdom on PS Vita will come in the various editions, with the limited ones only available from their store: 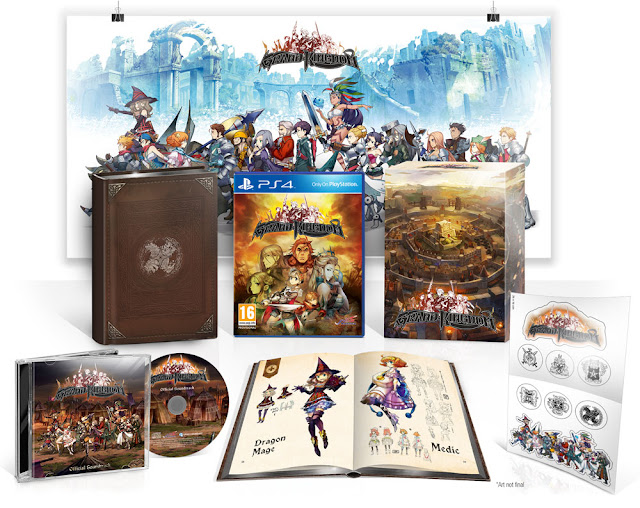